João Penalva
9 October - 8 December 2007
A major new commission for the Mead Gallery.Supported by The Calouste Gulbenkian Foundation and The Henry Moore Foundation.

The Mead Gallery commissioned João Penalva to make an ambitious new work for its whole space.

The original impetus to commission this exhibition grew from the recognition that Penalva's work acknowledges almost all the art forms presented by Warwick Arts Centre — from the material of film, literature, installation and photography to the deployment of music, narrative and theatre.

Much theatre and film is about the illusion of time and space — audiences are presented with a window into dimensions beyond their seated, fixed positions in an auditorium. In Penalva’s work, time and space are actual, related to the situation of the viewer, not only embedded in the scenes manufactured by projected light. The images take centre stage and the audience moves around them, constructing their own paths and their own narrative sequences. The different spaces become settings for the visitors to the exhibition who, free to discover their own vantage points, become incorporated into the show, moving like actors against theatrical backcloths.

Taking on the role of stage director, João Penalva commissioned stage-sized painted renditions of found photographs from the scenic painter Ray Lett and music for a mechanical shadow theatre from composer Chan Zhuomin.

The interpretative freedom allowed to both artists brings into Penalva's work the unrestricted artistry of others and the blurring of notions of authorship in a setting where much of the material exhibited is found, undated and unattributable. 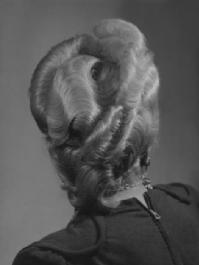 Born in 1949 in Lisbon, Portugal, and a resident of London since 1976, this is João Penalva’s first major solo exhibition in the UK. His work has been presented across the world: at the art biennales of São Paulo, Berlin, Sydney and Venice and, most recently, in a series of solo exhibitions at the Serralves Museum in Oporto, Portugal, the Ludwig Museum in Budapest, Hungary, and the Irish Museum of Modern Art in Dublin.

The exhibition is supported by The Calouste Gulbenkian Foundation and The Henry Moore Foundation.

An artist’s book to accompany the exhibition with texts by Katharine Stout and Francis McKee will be launched at the Mead Gallery on Friday 26 October 2007 at 1pm.