You may now print or save to disk the selected pages. 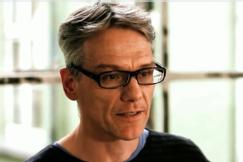 Nicolas is Professor of Urban Performance Studies in the School of Theatre & Performance Studies and Cultural & Media Policy Studies at the University of Warwick, UK. He is Principal Investigator on the 3-year AHRC-funded research project Sensing the City: an Embodied Documentation and Mapping of the Changing Uses and Tempers of Urban Place (a practice-based case-study of the city of Coventry). The project, which runs in collaboration with the Centre for Dance Research (C-DaRE) at Coventry University, commenced in April 2017 and will seek to link up with the Coventry 2021 UK City of Culture initiative.

Nicolas’s books include Street Scenes: Brecht, Benjamin and Berlin (Intellect 2005), Performance and the Contemporary City: an Interdisciplinary Reader (Palgrave 2010), Art and the City (IB Tauris 2011) and Performing Cities (Palgrave 2014) and he is currently working on a monograph entitled Contemporary Art Biennials in Europe: the Work of Art in the Complex City (forthcoming, IB Tauris 2019). He is thematic lead for ‘social and cultural sustainability’ in Warwick University’s Sustainable Cities Global Research Priority (GRP) progamme and for ‘urban futures’ in its Connecting Cultures GRP.

Michael Pigott is Associate Professor of Video Art and Digital Media at the University of Warwick. He is the author of Joseph Cornell Versus Cinema (2013) and has published articles on the image of the sleeping body, and the sonic environment of the cinema projection box. He is also co-investigator on The Projection Project, which investigates the cinema projectionist’s role following the switch of most cinemas to digital projection, and the contemporary expansion of projected images outside of the cinema. He has research interests in experimental film and video, sound studies and field recording, and the relationship between moving images, architecture and urban space. Michael is also a practising artist by the name of Michael Lightborne. He has shown work in exhibitions and film festivals around the UK and internationally. His album Sounds of the Projection Box was released on vinyl and digital by Gruenrekorder in 2018, and his new album Ring Road Ring is released by Gruenrekorder in 2020.

Natalie is Head of Department for Music, Writing and Performance at University of East London and Vice Chair for DanceHE (Standing Conference of Dance in Higher Education). Her practice and research interests are theoretically situated within feminist understandings of embodied subjectivity and the ways in which somatic and reflective practices can inform education, performance making, creativity, writing and digital cultural practices. Natalie is a founding member of enter & inhabit, a collaborative site responsive project and is co-convener of the International Conference for Dance & Somatic Practices, held biannually at Coventry University. She is also co-editor of Attending to Movement, Somatic Perspectives on Living in this World (2015) and founding associate editor for the Dance and Somatic Practices Journal.

Emma Meehan is Assistant Professor in dance at Coventry University’s Centre for Dance Research, UK. She received her BA and PhD from the Drama Department, Trinity College, Dublin. Research interests include somatic movement practices, dance in Ireland and practice as research. She co-edited Dance Matters in Ireland: Contemporary Performance and Practice with Aoife McGrath (Palgrave 2017) and Performing Process: Sharing Dance and Choreographic Practice with Hetty Blades (Intellect 2018). She is currently principal investigator on an AHRC funded network on dance and chronic pain. She is Associate Editor for the Journal of Dance and Somatic Practices, and was co-convenor of the Performance as Research Working Group at the International Federation for Theatre Research (IFTR) from 2013-2017.

Carolyn is an artist/choreographer creating site-based performance as sirenscrossing. She is Head of Professional Studies at London Contemporary Dance School, and currently undertaking a part-time, practice-led PhD at University of Warwick, with supervisor Prof Nicolas Whybrow. Carolyn was Leverhulme Trust artist-in-residence at University College London’s Urban Laboratory (2011/12), collaborating with Prof Matthew Gandy. During 2016, she was an artist-researcher in the AHRC-funded Rock/Body project (Exeter University). She is currently a commissioned artist for Prof Nicolas Whybrow’s Sensing the City (2017-2020), for which her micro-project is entitled urbanflows. The project premiered its first outcomes during the 2017 Coventry Biennial of Contemporary Art with 12 performances of urbanflows (you were here).

Carolyn’s research involves devising ‘audience experiences’ examining the urban as a place of wild nature, elemental movement, social space, and technologically reconstructed nature: a field of converging flows and energies that comprise our lived experience. Both human and non-human ‘actors’ are significant, as is the inter-mingling of conscious, unconscious, felt, and sensed ways of knowing.

Nese Ceren Tosun is a Teaching Fellow at the Institute for Advanced Teaching and Learning (IATL) (convening Laughter: A transdisciplinary approach and Food: The Medium is the Message modules; co-convening Reinventing Education). She works with embodied and creative pedagogical tools, deploying various sensory exercises to generate innovative interdisciplinary learning encounters. She previously worked in Istanbul Bilgi University and Warwick Business School. Her research is on food and migration and she currently explores food enabled pedagogies.

Sarah Shalgosky, Co-curator of the "Sensing the City: An Urban Room" Exhibition

Sarah Shalgosky studied art history at the universities of East Anglia and then Oxford. She has worked as a curator at regional galleries including the Museum of Modern Art Oxford, the Ashmolean Museum, Mappin Art Gallery Sheffield, Plymouth City Art Gallery and the Herbert Art Gallery Oxford. Her publications include exhibition catalogues focusing on abstract painting including Slow Burn (Mead Gallery), The Indiscipline of Painting (Tate) and artist monographs including Sue Arrowsmith: Whisper from the Shadows (Purdy Hicks). She has written about and given conference papers on the role of university art galleries and university art collections.

Fiona Venables, Co-curator of the "Sensing the City: An Urban Room" Exhibition

Fiona Venables has over 25 years’ experience as a curator of international contemporary art and in managing galleries and their programmes of work. She has worked throughout England in a range of contexts: from the independent sector to museums. From 2012 - 2019, she managed the Mead Gallery exhibition programme at Warwick Arts Centre, the University of Warwick. During that time, she curated numerous group and solo exhibitions with work by artists including Zarina Bhimji, Gerard Byrne, Omer Fast, Emily Jacir, Santiago Sierra, Superflex, Luc Tymans and Akram Zaatari. In November 2019, she will be leaving the University to take up the post of Director of Milton Keynes Arts Centre.