Since arriving at Warwick my work has been a combination of mathematical modelling, statistical fitting and computer simulations, with a particular emphasis on Monte Carlo Markov Chain (MCMC) simulations for the determination of parameters. From 2011 to 2013 my work involved investigating the spread of infection within honeybee populations in the UK. Preliminary work focused on an epidemic of American foulbrood (AFB) on the island of Jersey during the summer of 2010. A rigorous likelihood-based analysis was carried out to derive parameters and likely infection times. A spatial SIR model with underlying owner network was then constructed to validate the parameters and to test different management strategies for reducing the size of the epidemics. A paper detailing these results has recently been published (see Publications).

More recent work, and the overall aim of the project, has been to model the spread of European foulbrood (EFB) and AFB across the UK. Data has been made available from 1994 through to 2012, with information such as the source of bee imports and the cause of inspections known. Using the framework from the work on Jersey, we hope to increase understanding about the nature of EFB and AFB transmission dynamics, and how to limit the spread of these diseases. The conclusions drawn could then be extended to tackle future pathogens which may become endemic. My project supervisors were Professor Matt Keeling and Dr. Jim Bull (Swansea).

We were recently awarded a 1-year grant by DEFRA, to work with FERA and Swansea University to investigate novel and exotic pests of honeybees. Dr. Daniel Franklin (formerly a Ph.D. student in the WIDER group) worked on the project over May 2014 - April 2015, and rapid progress was made in calibrating models for new invasive pests based upon previous honeybee epidemics in the UK (in particular the varroa outbreak of the early 1990s). We have recently published a manuscript based on data of an Asian hornet outbreak in southwest France, and a second manuscript involving modelling the spread of Asian hornet (as it recently reached the UK) has been accepted for publication. We are also working on optimising the locations of sentinel apiaries in the UK, strategically placed to pick up novel pests and pathogens if and when they arrive in the UK.

The small hive beetle (Aethina tumida, or SHB for short) was accidentally imported to Italy in 2014 (in the southern region of Calabria), and the Italian authorities have been attempting to stop the spread of SHB further through the country. I was an expert panel member of the European Food Safety Authority (EFSA) working group on SHB, whose remit was to understand the spread of SHB thus far, and to highlight actions that can be taken to limit its dispersal within and outside of Italy. The opinion was recently published in the EFSA journal (see Publications). The modelling work that has been done is currently being written up into a second manuscript.

The spread of Asian Hornet in Andernos-les-Bains, in France, in the period 2007-2014.
Taken from: Franklin et al., 'Invasion dynamics of Asian hornet, Vespa velutina (Hymenoptera: Vespidae): A case study of a commune in south-west France', Applied Entomology and Zoology (2017). 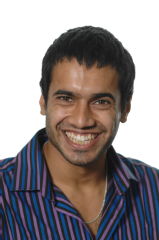