This work is part of the Vaccine Efficacy Evaluation for Priority Emerging Diseases (VEEPED) project.

Plague is an infectious disease caused by the bacterium Yersinia pestis that affects humans and small rodents. One of the most well-known plague outbreaks is Black Death pandemic, killing over 75 million individuals in Eurasia during the middle of the 14th century. Despite its historical notoriety, plague remains a global public health problem, continuing to affect the United States of America, China, the Democratic Republic of Congo and Peru. The most recent plague epidemic was during 2017 in Madagascar where over 2,000 individuals were infected, resulting in more than 200 deaths. Controlling plague has been a challenge as the disease is able to persist within the small rodent population, allowing frequent re-emergence into the human population.

Plague is spread from small rodents to humans via bites from infected fleas. These infected people go on to develop an acute febrile illness, including fever, chills, vomiting, or muscle weakness. Infections then manifest into the three main forms of plague infection: bubonic, septicaemic and pneumonic. Bubonic plague is the most common form of the disease, where the bacterium replicates within the lymphatic system, causing swelling of lymph nodes (or bubos). If the disease is present in the blood and there is no evidence of any bubos, the individual is diagnosed with septicaemic plague. However, if this bacteria spreads to the lungs, it can result in pneumonic plague. Pneumonic plague is highly contagious, where the bacteria can be directly transmitted from human-to-human via air droplets.

All manifestations of plague infection have a high fatality rate, but clinical outcomes are greatly improved by early treatment with antibiotics. With the increasing concern of antibiotic resistant strains of plague, focus is turning to developing effective vaccines. However, due to the limited resources of affected nations and only partially understood transmission mechanism of plague, sensible vaccine introduction strategies must be implemented to maximise the evaluation of the safety and efficacy of these vaccines. Therefore, the main aims of this project are to: 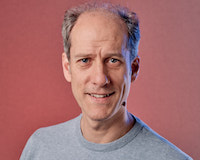 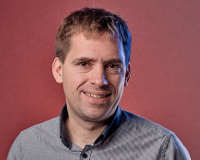