Members of the Electrochemistry Group based at the Chemistry Department at the University of Warwick worked on a six week project with children who attend The Grange Extended Learning Centre. The project involved the collection of soil samples from sites once occupied by car factories around the City of Coventry and then to analyse these samples for heavy metal contamination. We were recently featured in a local newspaper, the Coventry Telegraph.

About the Grange Extended Learning Centre

The Grange ELC is a Pupil Referral Unit for pupils who have been, or are at risk of being excluded from their mainstream school.

The pupils are from various secondary schools across the city and are at the unit full-time with a view to return to another, different, mainstream school within the city. This is not always the case and they may end up attending a special school. The majority of the pupils have behavioural, social or emotional difficulties.

About the Electrochemistry Group

The scientists involved in this project were Ph.D. students and post-doctoral research assistants. Professor Pat Unwin supported this work from the outset and gave generously of his time and the resources at his disposal. The group worked closely with coordinator Nick Barker, the department's outreach officer, to make this project a success.

What the work involved:

Over the first three weeks, two children worked in the laboratories at Warwick to prepare diamond electrodes, using a method developed in-house.

Meanwhile, the rest of the group, usually four children, went to sites around the City of Coventry to collect soil samples.

The sites that were visited were:

What was found out scientifically:

On the fourth week, the group worked in the laboratory to prepare the soil samples, via acid digestion. This work was started by the children but completed by researchers due to the hazardous nature of the work.

Two methods were used for the investigation of heavy metals in the collected soil samples. The first was electrochemical detection using the diamond electrodes made by the students, which was a rapid technique to determine the presence of lead. The second method, X-Ray Fluorescence (XRF), was used to see a range of heavy metals e.g. copper (Cu), zinc (Zn) and lead (Pb) and compare the concentration at each of the sites. As shown by the height of the peaks in the graph below, out of the three sites Alvis had the highest amount of copper and zinc, whereas the old Rover site contained the highest amount of lead. Interestingly, there is currently a church with a lead roof in this area which could explain the high levels in the surrounding soil. 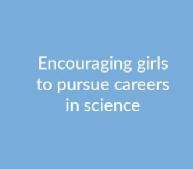 What was found out socially:

Each week all of the people involved in the project took time for a tea break. This played a very important part in making the children feel at home, build positive working relationships and gave some of them an opportunity to enjoy a new social experience.

It was clear that over the duration of the project the children became more and more comfortable with the work. Their behaviour became progressively more mature and cooperative and they spoke positively of their experiences. The researcher scientists were genuinely impressed by the what was achieved and the children were accordingly proud of their achievements.

Quotes from the children:

Here are the answers to some questions we asked some of the children during their tea break on the last day of the project:

Are you glad you were involved?

“Yes because it was interesting to find out about different kinds of metals.” - Joe.

"Yes because it gave me something to do. It was fun and I learnt lots of new stuff." - Warren.

What advice would you give someone who wanted to go to university?

“You will have fun and [there are] friendly people here. Work hard and you’ll come out with good grades.” - Joe.

"It is a good environment and you will do good if you come. If you try you can do good, but only if you try." - Warren.

What did this project teach you about science or about yourself?

"It is fun, not just writing, explaining new stuff and more exciting than school. I am capable of doing science, I can use equipment safely." - Warren

"Keeps people out of trouble and very busy. [There are] lots of people to communicate with." - Warren.

Has this project given you any ideas about things you might like to do when you are older?

“It’s encouraged me to pick science even more.” - Joe.

"I would like to do something practical. Nick told me that it is good to be good at practical things. I want to be a pool player." - Warren.

Here are some answers to questions asked of the scientists who were mentors during this project:

I believe these children just need the right environment and the right opportunities realise their own potential and to believe that there is hope for a better life for them. Even if only one of them decides to pursue higher education, they all were given the opportunity to realise that they are capable of doing something meaningful and there are people out there that will support them.

I have seen for myself that it doesn't matter how troubled and problematic a child can be, they can also produce some very good quality work and have the ability to learn just like everyone else their age. I was actually impressed by all of them especially during the lab time when we did the treatment of the soil samples. They followed all the instructions, were very careful of the safety aspects and were on the best behaviour I had seen them over all the sessions. I wouldn't expect such good behaviour from average secondary school pupils (I have taught at one secondary school and seen pupils who just mess around and don't care.)

Yes, without a doubt.

Outreach activities are an important way of encouraging young people to engage in science, and this project gave that opportunity to the kinds of children who would not normally have this experience.

The main barrier to science for young kids is their mindset. By thinking they are not good at science before they start a task, some kids are expecting failure and don't see the point of making an effort. The reality is that they can achieve great things with the right encouragement and direction. The kids from the Grange really engaged in this project, showing an improvement week by week, in both their attitude and results.

Yes, its worthwhile for both the children and supervisors. For example, the electrodes made by the kids could be used in real experiments.

I chose to support this project in the hope that we could give these children the chance to experience science in a real lab and help them discover some of the same enthusiasm for the subject that I have. I hoped that they would find some enjoyment in the things they learned with us and gain a sense of achievement from the tasks they accomplished. Without the support of the project they wouldn't have had this opportunity.

I have learned that some of the children are actually very clever, and just need the chance to discover what they can do and could go on to do.

Yes, it is a really rewarding experience for both us and (hopefully) the children we work with. It was nice to be able to use my experience to help someone else.

A word from their teacher:

Manni Sahota is the Acting Headteacher of The Grange Extended Learning Centre. He writes:

I feel the project run by Pat Unwin and his staff was a huge success. It raised the pupils’ self-esteem and their aspirations. They learned how to use scientific equipment and saw first hand what a University looks like. One of the pupils even talked about becoming a scientist. The pupils also met people who gave up their valuable time to help and talk to them, which I know they greatly appreciated.

I know the pupils from The Grange ELC would like to attend Warwick University at every opportunity and would welcome the chance to do any follow up activities and participate in any new project that may be offered. All the work we have ever done with Warwick University over the past few years would not be possible without Nick Barker, Teacher Fellow, who knows exactly where our pupils come from and the opportunities they would never otherwise have.

A sincere thank you to Rob, Tania, Anisha, Hollie and Laura for their time, effort and patience!

Everyone involved in this project wishes to extend the work in some way. We look forward to meeting the students again and finding out what effect this project has upon them and the progress they deserve to make.