Reciprocity towards groups: a laboratory experiment on the causes

Field studies of conflict report cycles of mutual revenge between groups, often linked to perceptions of intergroup injustice. We test the hypothesis that people are predisposed to reciprocate against groups. In a computerized laboratory experiment, subjects who were harmed by a partner’s uncooperative action reacted by harming other members of the partner’s group. This group reciprocity was only observed when one group was seen to be unfairly advantaged. Our results support a behavioural mechanism leading from perceived injustice to intergroup conflict. We discuss the relevance of group reciprocity to economic and political phenomena including conflict, discrimination and team competition. 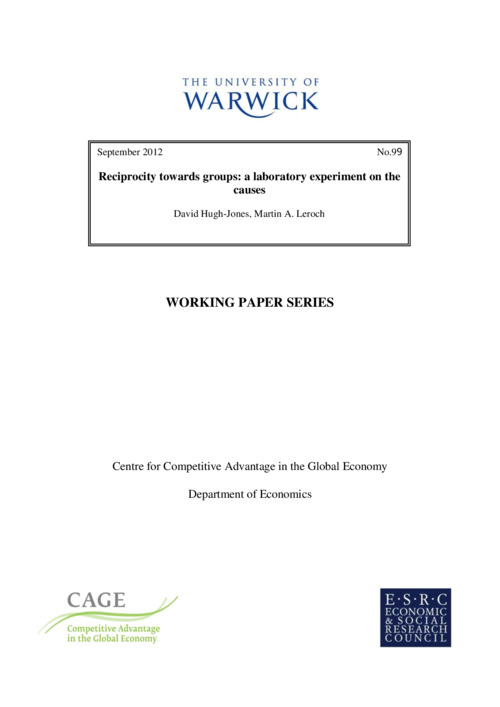