This study explores the consequences and origins of between-ethnicity economic inequality both across and within countries. First, combining satellite images of night-time luminosity with the historical homelands of ethnolinguistic groups we construct measures of ethnic inequality for a large sample of countries and show that the latter is strongly inversely related to comparative development. Second, diﬀerences in geographic endowments across ethnic homelands explain a sizable portion of ethnic inequality contributing to its persistence over time. Third, exploiting across-district within-African countries variation using individual-level data on ethnic identiﬁcation and well-being from the Afro-barometer Surveys we ﬁnd that between ethnic-group inequality is systematically linked to regional under-development. In this sample we also explore the channels linking ethnic inequality to (under) development, ﬁnding that ethnic inequality maps to political inequality, heightened perceptions of discrimination and undersupply of public goods. 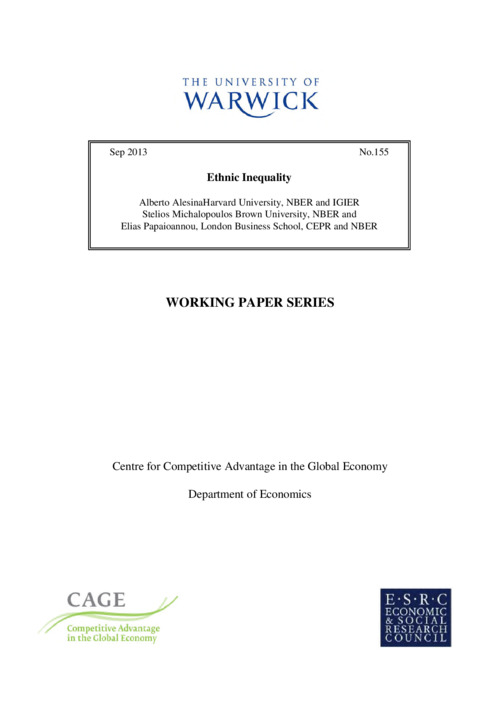