Genetic Diversity and the Origins of Cultural Fragmentation

Despite the importance attributed to the effects of diversity on the stability and prosperity of nations, the origins of the uneven distribution of ethnic and cultural fragmentation across countries have been underexplored. Building on the role of deeply-rooted biogeographical forces in comparative development, this research empirically demonstrates that genetic diversity, predominantly determined during the prehistoric “out of Africa” migration of humans, is an underlying cause of various existing manifestations of ethnolinguistic heterogeneity. Further exploration of this uncharted territory may revolutionize the understanding of the effects of deeply-rooted factors on economic development and the composition of human capital across the globe. 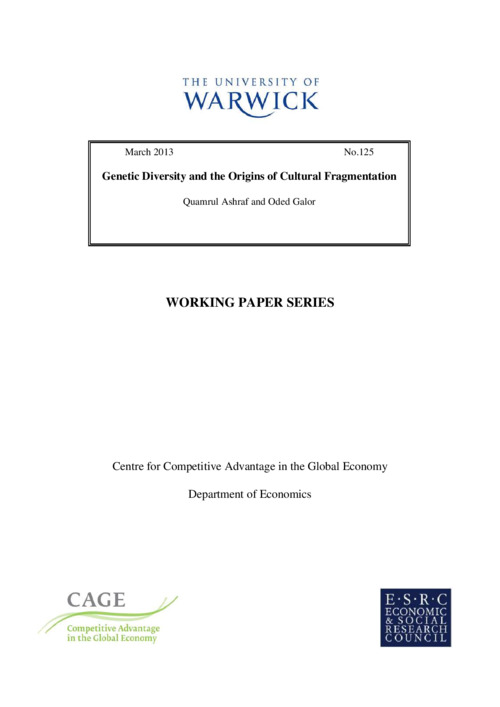