How Responsive is Investment in Schooling to Changes in Redistributive Policies and in Returns?

This paper uses an unusual pay reform to test the responsiveness of investment in schooling to changes in redistribution schemes that increase the rate of return to education. We exploit an episode where different Israeli kibbutzim shifted from equal sharing to productivity-based wages in different years and find that students in kibbutzim that reformed earlier invested more in high school education. This effect is stronger for males and is largely driven by students whose parents have lower levels of education. We also show that, in the long run, students in kibbutzim that reformed earlier were more likely to complete post-high school academic colleges. Our findings support the prediction that education is highly responsive to changes in the redistribution policy, especially for students from weaker backgrounds. 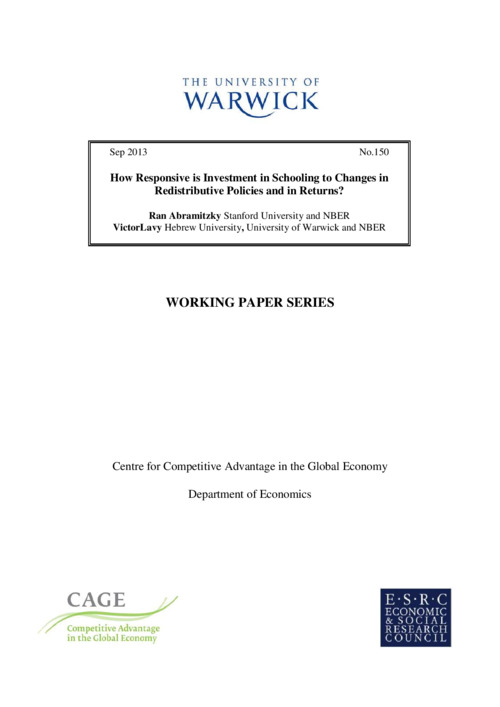