Pre-Reformation Roots of the Protestant Ethic

We hypothesize that cultural appreciation of hard work and thrift, the Protestant ethic according to Max Weber, had a pre-Reformation origin. The proximate source of these values was, according to the proposed theory, the Catholic Order of Cistercians. In support, we first document an impact from the Order on growth within the epi-center of the industrial revolution; English counties that were more exposed to Cistercian monasteries experienced faster productivity growth from the 13th century onwards. Consistent with a cultural influence, this impact is also found after the monasteries were dissolved in the 1530s. Second, we find that the values emphasized by Weber are relatively more pervasive in European regions where Cistercian monasteries were located historically, and that the legacy of the Cistercians can be detected in present-day employment rates across European sub-regions. 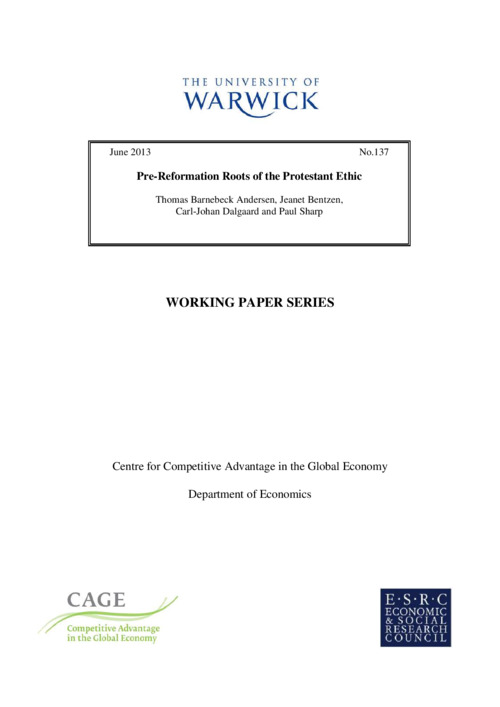