The Long-Run Effects of the Scramble for Africa

We examine the long-run consequences of the scramble for Africa among European powers in the late 19th century and uncover the following empirical regularities. First, utilizing information on the spatial distribution of African ethnicities before colonization, we show that apart from the land mass and water area of an ethnicity’s historical homeland, no other geographic, economic, and historical trait, including proxies of pre-colonial conflict, predicts partitioning by the national borders. Second, we exploit a detailed geo-referenced database that records various types of conflict across African regions and show that civil conflict is concentrated in the historical homeland of partitioned ethnicities. We also document that violence against civilians (child soldiering, village burning, abductions, rapes) and territorial changes between rebel groups, militias, and government forces are more prevalent in the homelands of split groups. These results are robust to a rich set of local controls, the inclusion of country fixed effects and ethnic-family fixed effects. The uncovered evidence brings in the foreground the violent repercussions of an important aspect of European colonization, that of ethnic partitioning. 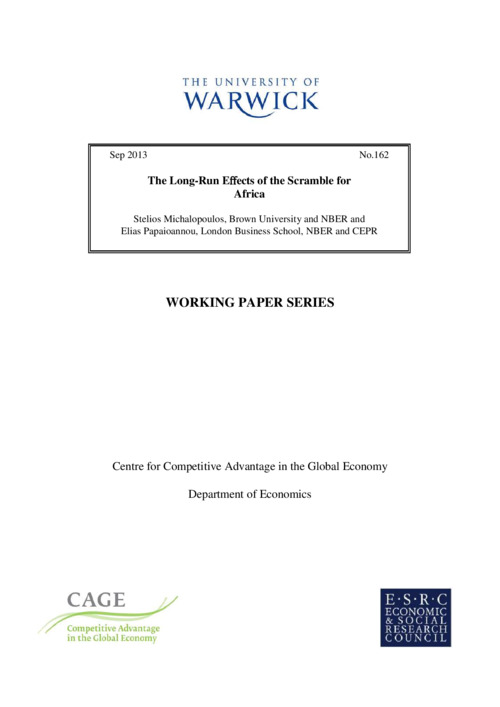