Because energy subsidies affect incentives to invest in energy-saving equipment and technologies, they entail a classic investment hold-up problem: once investment has taken place, policymakers will tend to overuse them, which will in turn depress investment by forward-looking agents. Reforming energy subsidies thus requires overcoming a policy commitment problem. In this paper we show that, even when commitment is feasible in principle, it may fail to materialize in a political equilibrium due to politicians’ re-election incentives. In particular, it will be those politicians who are comparatively less favourable to energy subsidies who may fail to commit to phase them out. 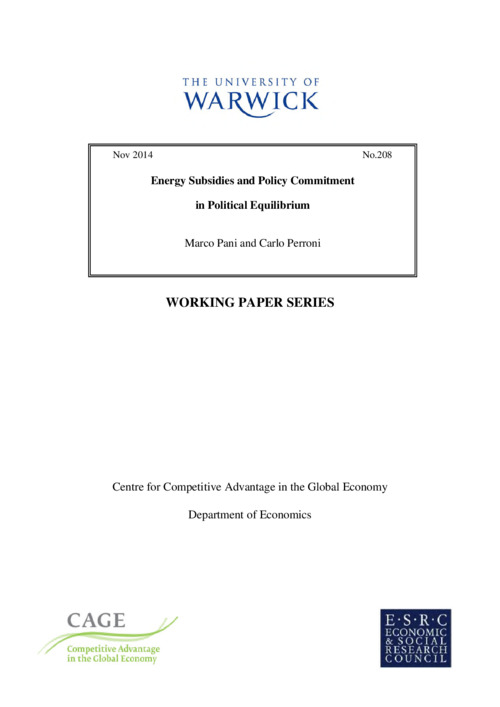