Long-run effects of the Spanish Inquisition

Using a newly collected dataset on inquisitorial activity for seven regions, fourteen provinces and 947 municipalities, I analyse the long-term economic consequences of the Spanish Inquisition (1478-1834). I show that inquisitorial activity is negatively associated to regional and provincial economic growth (an increase of a thousand inquisitorial trials is associated with 3% to 5% lower urbanization rates). At the municipal level, I find that municipalities affected by the Inquisition experienced an annual population growth rate 0.11% lower than their counterparts. This result is robust when controlling for alternative explanatory factors, such as pre-existent religiosity and proxies for trade activity. I explore three channels through which the Inquisition may have had an impact on economic outcomes. While inquisitorial activity is not linked to levels of trust or social polarization, I find it is negatively associated with the adoption of new technologies and the creation of municipal centres of cultural transmission. 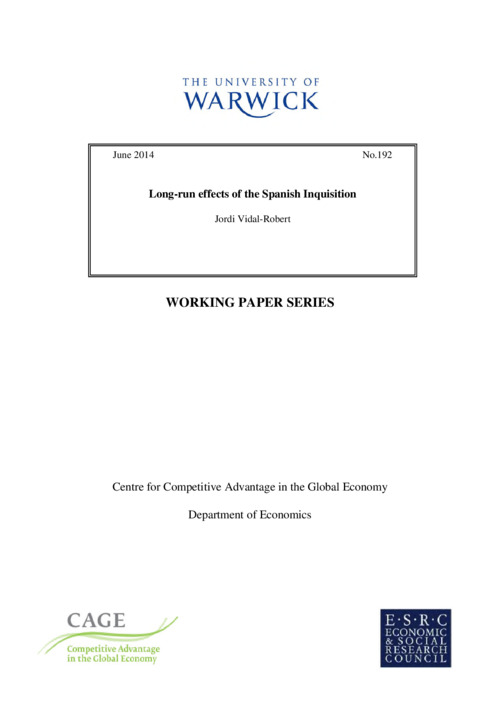