Comparisons of economic performance over space and time largely depend on how statistical evidence from national accounts and historical estimates are spliced. To allow for changes in relative prices, GDP benchmark years in national accounts are periodically replaced with new and more recent ones. Thus, a homogeneous long-run GDP series requires linking different temporal segments of national accounts. The choice of the splicing procedure may result in substantial differences in GDP levels and growth, particularly as an economy undergoes deep structural transformation. An inadequate splicing may result in a serious bias in the measurement of GDP levels and growth rates. Alternative splicing solutions are discussed in this paper for the particular case of Spain, a fast growing country in the second half of the twentieth century. It is concluded that the usual linking procedure, retropolation, has serious flows as it tends to bias GDP levels upwards and, consequently, to underestimate growth rates, especially for developing countries experiencing structural change. An alternative interpolation procedure is proposed. 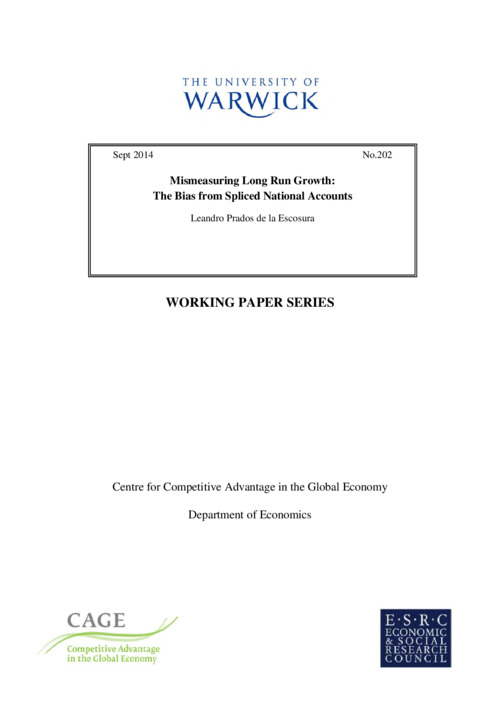