Overcoming Moral Hazard with Social Networks in the Worksplace: An Experimental Approach

The use of social networks in the workplace has been documented by many authors, although the reasons for their widespread prevalence are less well known. In this paper we present evidence based on a lab experiment that suggests quite strongly that social networks are used by employers to reduce worker moral hazard. We capture moral hazard with a dictator game between the referrer and worker. The worker chooses how much to return under different settings of social proximity. Social proximity is captured using Facebook friendship information gleaned anonymously from subjects once they have been recruited. Since employers themselves do not have access to social connections, they delegate the decision to referrers who can select among workers with different degrees of social proximity to themselves. We show that employers choose referrals over anonymous hiring relatively more when they know that the referrer has access to friends, and are willing to delegate more often when the social proximity between referrer and worker is potentially higher. In keeping with this expectation, referrers also choose workers with a greater social proximity to themselves and workers who are closer to referrers indeed pay back more to the referrer. The advantage of the lab setting is that we can isolate directed altruism as the only reason for these results. 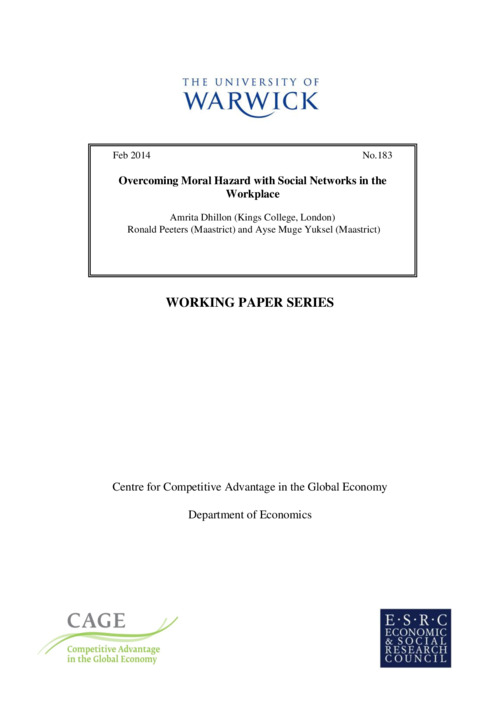