Ready for Revolution? The English Economy before 1800

Sustained economic growth in England can be traced back to the early seventeenth century. That earlier growth, albeit modest, both generated and was sustained by a demographic regime that entailed relatively high wages, and by an increasing endowment of human capital in the form of a relatively adaptable and skilled labour force. Healthier and savvier English workers were better equipped to profit from the technological possibilities available to them, and to build on them. Technological change and economic growth stemmed from such human capital rather than Boserupian forces. They were the product of England’s resource endowment and its institutions. 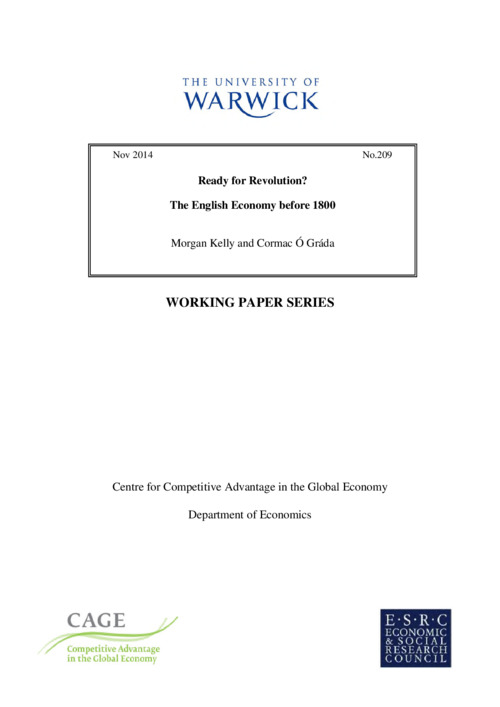