Challenges of Change: An Experiment Training Women to Manage in the Bangladeshi Garment Sector

Large private firms are still relatively rare in low-income countries, and we know little about how entry-level managers in these firms are selected. We examine a context in which nearly 80 percent of production line workers are female, but 95 percent of supervisors are male. We evaluate the effectiveness of female supervisors by implementing a training program for selected production line workers. Prior to the training, we find that workers at all level of the factory believe males are more effective supervisors than females. Careful skills diagnostics indicate that those perceptions do not always match reality. When the trainees are deployed in supervisory roles, production line workers initially judge females to be significantly less effective, and there is some evidence that the lines on which they work underperform. But after around four months of exposure, both perceptions and performance of female supervisors catch up to those of males. We document evidence that the exposure to female supervisors changes the expectations of male production workers with regard to promotion and expected tenure in the factory. 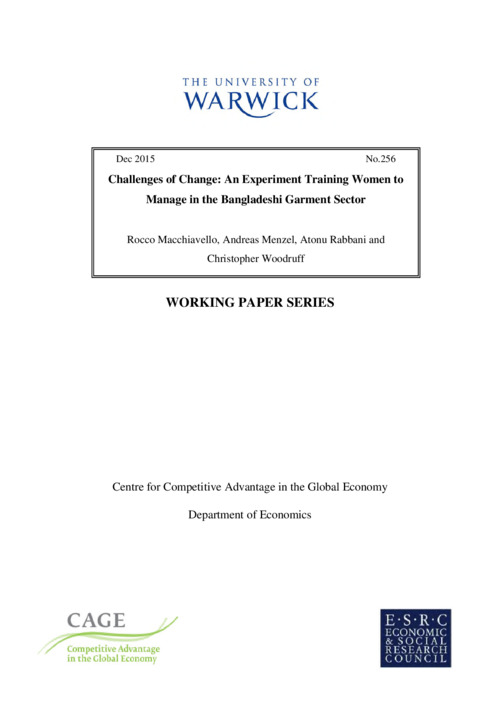