How Did Japan Catch-up on The West? A Sectoral Analysis Of Anglo-Japanese Productivity Differences, 1885-2000

Although Japanese economic growth after the Meiji Restoration is often characterised as a gradual process of trend acceleration, comparison with the United States suggests that catching-up only really started after 1950, due to the unusually dynamic performance of the US economy before 1950. A comparison with the United Kingdom, still the world productivity leader in 1868, reveals an earlier period of Japanese catching up between the 1890s and the 1920s, with a pause between the 1920s and the 1940s. Furthermore, this earlier process of catching up was driven by the dynamic productivity performance of Japanese manufacturing, which is also obscured by a comparison with the United States. Japan overtook the UK as a major exporter of manufactured goods not simply by catching-up in labour productivity terms, but by holding the growth of real wages below the growth of labour productivity so as to enjoy a unit labour cost advantage. Accounting for levels differences in labour productivity between Japan and the United Kingdom reveals an important role for capital in the catching-up process, casting doubt on the characterisation of Japan as following a distinctive Asian path of labour intensive industrialisation. 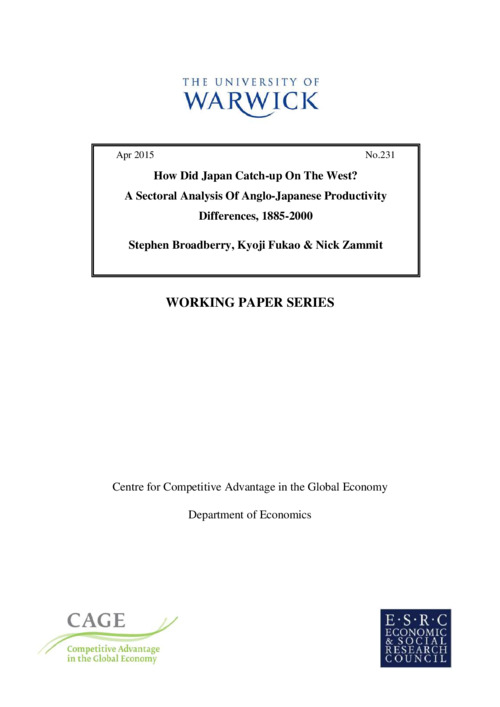