Roots of the Industrial Revolution

We analyse factors explaining the very different patterns of industrialisation across the 42 counties of England between 1760 and 1830. Against the widespread view that high wages and cheap coal drove industrialization, we find that industrialisation was restricted to low wage areas, while energy availability (coal or water) had little impact. Instead we find that industrialization can largely be explained by two related factors related to the human capability of the labour force. Instead of being composed of landless labourers, successful industrialisers had large numbers of small farms, which are associated with better nutrition and height. Secondly, industrialising counties had a high density of population relative to agricultural land, indicating extensive rural industrial activity: counties that were already reliant on small scale industry, with the technical and entrepreneurial skills this generated, experienced the strongest industrial growth. Looking at 1830s France we find that the strongest predictor of industrialisation again is quality of workers shown by height of the population, although market access and availability of water power were also important there. 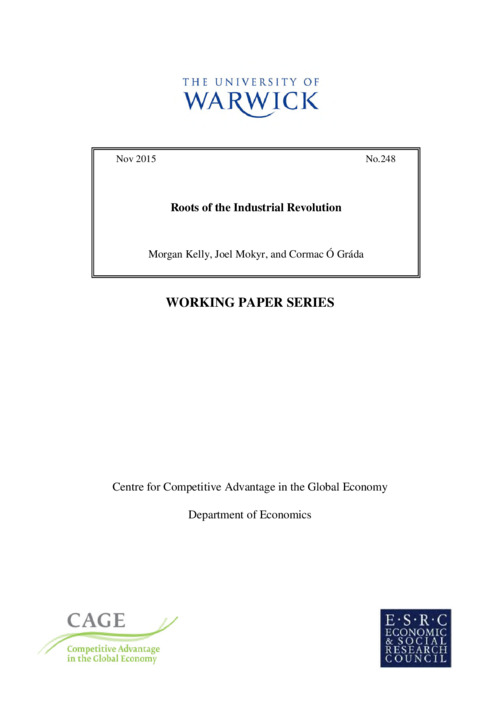