This paper tests whether uncertainty about future rainfall affects farmers’ decision-making through cognitive load. Behavioural theories predict that rainfall risk could impose a psychological tax on farmers, leading to material consequences at all times and across all states of nature, even within decisions unrelated to consumption smoothing, and even when negative rainfall shocks do not materialize down the line. Using a novel technology to run lab experiments in the field, we combine survey experiments with recent rainfall shocks to test the effects of rainfall risk on farmers’ cognition, and find that it decreases farmers’ attention, memory and impulse control, and increases their susceptibility to a variety of behavioural biases. Effects are quantitatively important, equivalent to losing 25% of one’s harvest at the end of the rainy season. Evidence that farmer’s cognitive performance is relatively less impaired in tasks involving scarce resources suggests that the effects operate through the mental bandwidth mechanism. 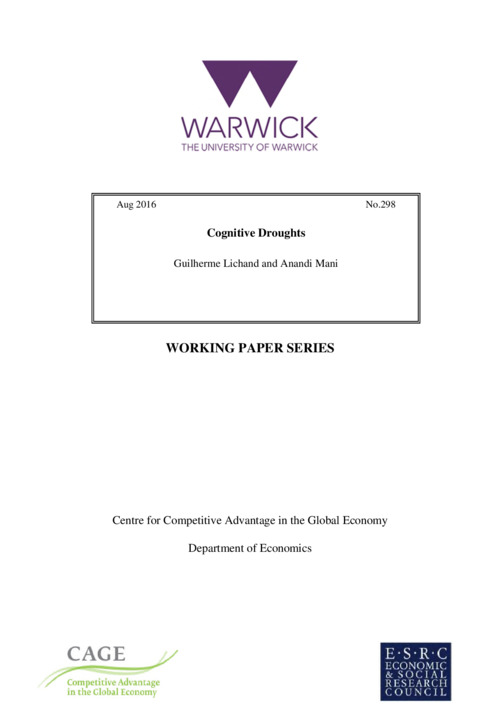