Does Migration Cause Extreme Voting?

The 2004 accession of 8 Eastern European countries (plus Cyprus and Malta) to the European Union (EU) was overshadowed by feared mass migration of workers from the East due to the EU’s rules on free mobility of labour. While many incumbent EU countries imposed temporary restrictions on labour mobility, the United Kingdom did not impose any such restrictions. We document that following accession at least 1 million people (ca. 3% of the UK working age population) migrated from Eastern Europe to the UK. Places that received large numbers of migrants from Eastern Europe saw a significant increase in anti-European sentiment after 2004, measured by vote shares for the UK Independence Party (UKIP) in elections to the European Parliament. We show that the migration wave depressed wages at the lower end of the wage distribution and contributed to increased pressure on public services and housing. 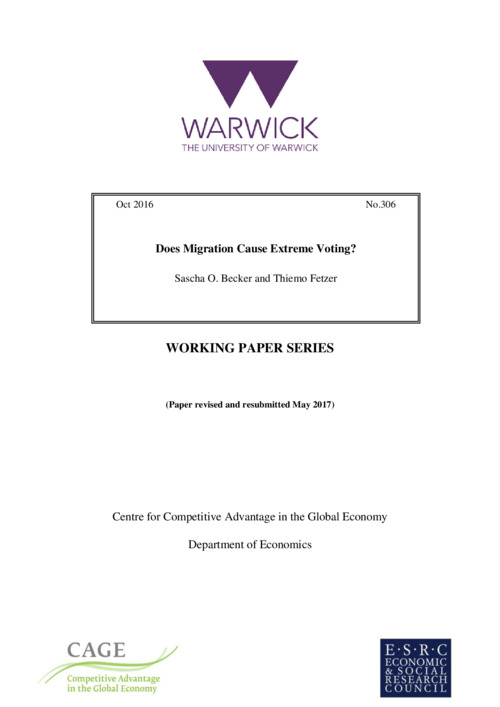