Fact and Fantasy in Soviet Records: The Documentation of Soviet Party and Secret Police Investigations as Historical Evidence

When we use Soviet documentation of political and secret police investigations to write history, to what extent are we vulnerable to the biases and inventions of the investigators? The problem is framed as one of principal and agent. It is argued that Soviet principals allowed their agents scope to manipulate facts and bias interpretations, not freely, but within strict limits that were laid down from above and varied from time to time. These limits were set by the leader’s “revolutionary insight,” the communist equivalent of what passes in more open societies today as “truthiness.” An understanding of the Soviet truthiness of the particular time is the best guide we have to interpreting the documentary records of that time. Evaluating them in this light, we see that Soviet historical documents are little different from the records of any other time and place. 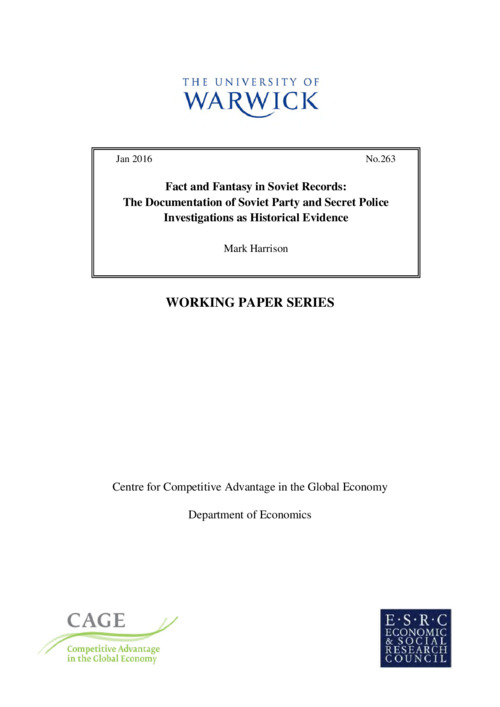