Did Austerity Cause Brexit?

Did austerity cause Brexit? This paper shows that the rise of popular support for the UK Independence Party (UKIP), as the single most important correlate of the subsequent Leave vote in the 2016 European Union (EU) referendum, along with broader measures of political dissatisfaction, are strongly and causally associated with an individual’s or an area’s exposure to austerity since 2010. In addition to exploiting data from the population of all electoral contests in the UK since 2000, I leverage detailed individual level panel data allowing me to exploit within-individual variation in exposure to specific rules-based welfare reforms as well as broader measures of political preferences. The results suggest that the EU referendum could have resulted in a Remain victory had it not been for a range of austerity-induced welfare reforms. These reforms activated existing economic grievances. Further, auxiliary results suggest that the underlying economic grievances have broader origins than what the current literature on Brexit suggests. Up until 2010, the UK’s welfare state evened out growing income differences across the skill divide through transfer payments. This pattern markedly stops from 2010 onwards as austerity started to bite. 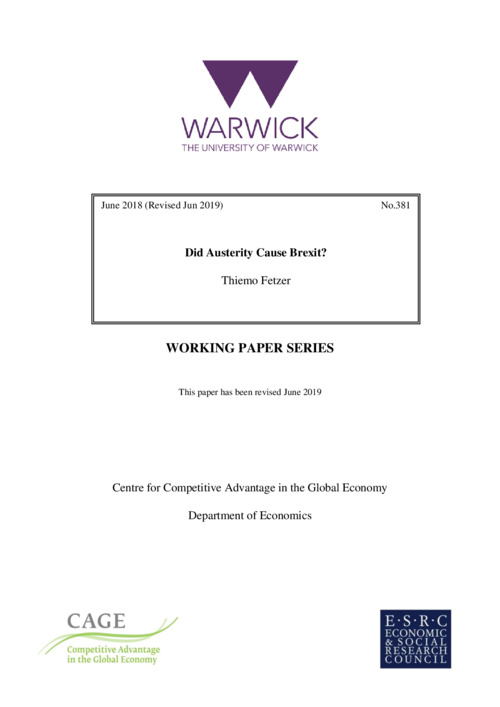