We exploit a unique historical setting to study the long-run effects of forced migration on investment in education. After World War II, the Polish borders were redrawn, resulting in large-scale migration. Poles were forced to move from the Kresy territories in the East (taken over by the USSR) and were resettled mostly to the newly acquired Western Territories, from which Germans were expelled. We combine historical censuses with newly collected survey data to show that, while there were no pre-WWII differences in education, Poles with a family history of forced migration are significantly more educated today. Descendants of forced migrants have on average one extra year of schooling, driven by a higher propensity to finish secondary or higher education. This result holds when we restrict ancestral locations to a subsample around the former Kresy border and include fixed effects for the destination of migrants. As Kresy migrants were of the same ethnicity and religion as other Poles, we bypass confounding factors of other cases of forced migration. We show that labor market competition with natives and selection of migrants are also unlikely to drive our results. Survey evidence suggests that forced migration led to a shift in preferences, away from material possessions and towards investment in a mobile asset – human capital. The effects persist over three generations. 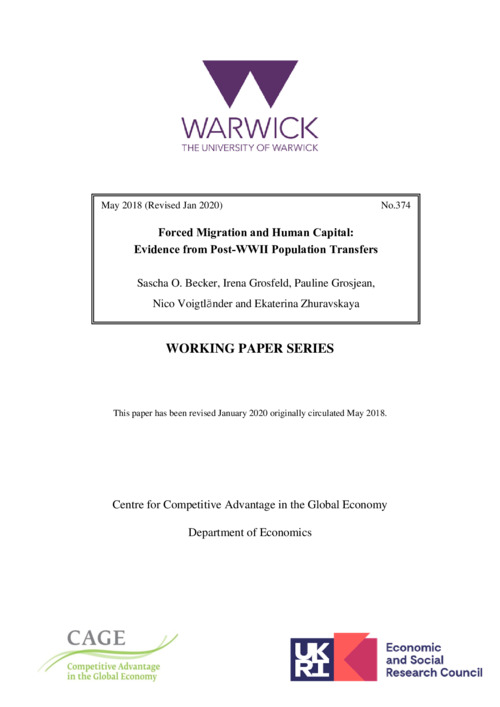