The 2004 accession of 8 Eastern European countries to the European Union (EU) was accompanied by fears of mass migration. The United Kingdom - unlike many other EU countries - did not opt for temporary restrictions on the EU’s free movement of labour. We document that following EU accession more than 1 million people (ca. 3% of the UK working age population) migrated from Eastern Europe to the UK. We show that they mostly settled in places that had limited prior exposure to immigration. We provide evidence that these areas subsequently saw smaller wage growth at the lower end of the wage distribution and increased pressure on the welfare state, housing and public services. Using novel geographically disaggregated data by country-of-origin, we measure the effects of Eastern European migration on these outcomes for the UK-born and different groups of immigrants. Our results are important in the context of the UK’s Brexit referendum and the ongoing EU withdrawal negotiations in which migration features as a key issue. 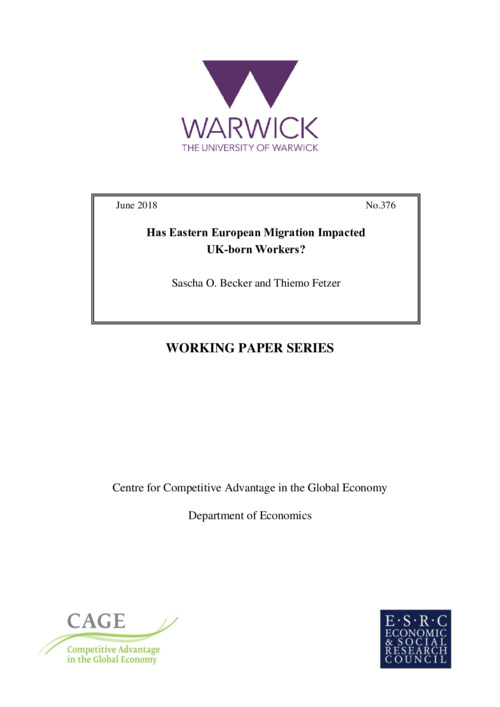