Who is NOT voting for Brexit anymore?

Using estimates of support for Leave across UK local authority areas constructed from a comprehensive 20,000 strong survey, we show that both the level and the geographic variation capturing differential degrees of support for Leave have changed significantly since the 2016 EU referendum. A lot of area characteristics, many of which were previously associated with higher levels of support for Leave, are now significant correlates capturing a swing towards Remain. They include, for example, the degree to which local authorities receive transfers from the EU or the extent to which their economies rely on trade with the EU, along with past electoral support for UKIP (and the BNP) and exposure to immigration from Eastern Europe. Lastly, exposure to austerity since 2010 is among the strongest individual correlates weakening the support for Leave. The evidence is consistent with the argument that the small margin of victory of Leave in 2016 was, to a significant extent, carried by protest voters, who used the EU referendum to voice their discontent with domestic social and economic developments, particularly, austerity. Lastly, we present some evidence suggesting that the UK public, even in Leave supporting areas, would be much more willing to make compromises on free movement and aspects of single market membership compared to what appears to be the UK governments negotiation objective. 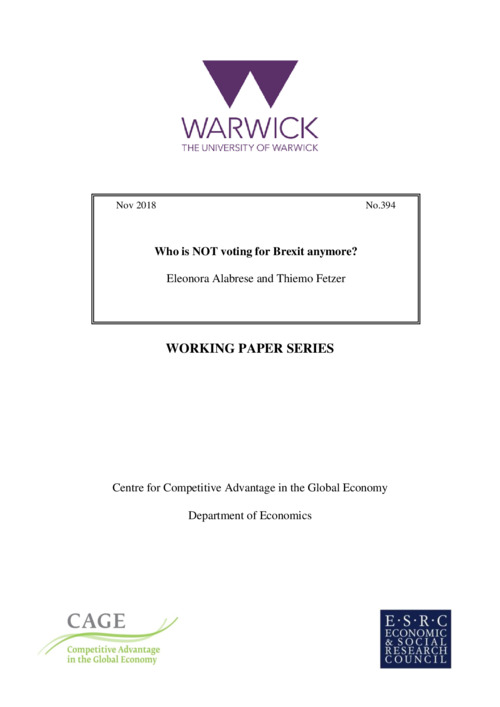