We argue that community networks played an important role in the emergence of Indian entrepreneurship in the early stages of the cotton textile and jute textile industries in the late 19th and early 20th century respectively, overcoming the lack of market institutions and government support. From business registers, we construct a yearly panel dataset of entrepreneurs in these two industries. We nd no evidence that entry is affected by prior trading experience or price shocks in the corresponding upstream sector. Firm directors exhibited a high degree of clustering of entrepreneurs by community. The dynamics of entry is consistent with a model of network-based dynamics. 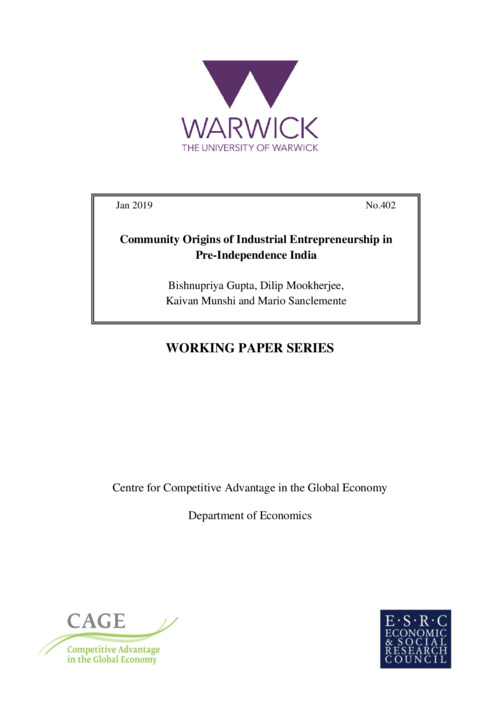