How Polarized are Citizens? Measuring Ideology from the Ground-Up

Strong evidence has been emerging that major democracies have become more politically polarized, at least according to measures based on the ideological positions of political elites. We ask: have the general public (`citizens') followed the same pattern? Our approach is based on unsupervised machine learning models as applied to issue- position survey data. This approach firstly indicates that coherent, latent ideologies are strongly apparent in the data, with a number of major, stable types that we label as: Liberal Centrist, Conservative Centrist, Left Anarchist and Right Anarchist. Using this framework, and a resulting measure of `citizen slant', we are then able to decompose the shift in ideological positions across the population over time. Specifically, we find evidence of a `disappearing center' in a range of countries with citizens shifting away from centrist ideologies into anti-establishment `anarchist' ideologies over time. This trend is especially pronounced for the US. 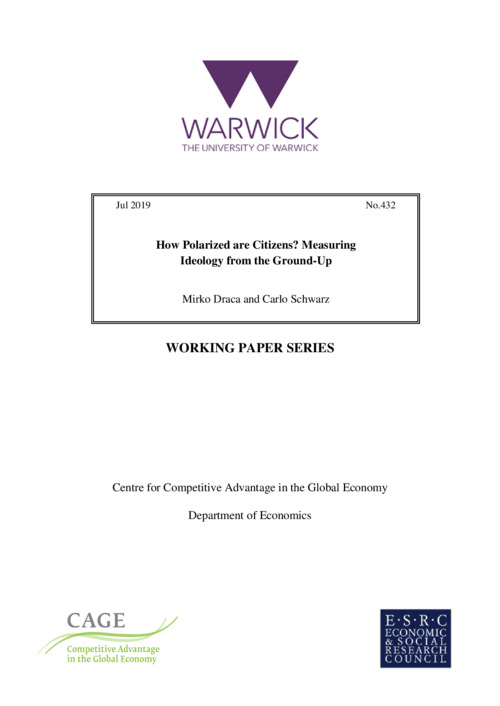