The Fall in UK Potential Output due to the Financial Crisis: a Much Bigger Estimate

Conventional estimates suggest that the 2007-9 financial crisis reduced UK potential output by 3.8 to 7.5 per cent of GDP. This implied a need for fiscal tightening as the structural budget deficit had increased considerably. The austerity that followed led to the rise of UKIP, the EU referendum and the vote for Brexit. Brexit will reduce potential output by somewhere between 3.9 and 8.7 per cent of GDP. Thus, it can be argued that the total fall in UK potential output due to the banking crisis is approximately double the conventional estimate. 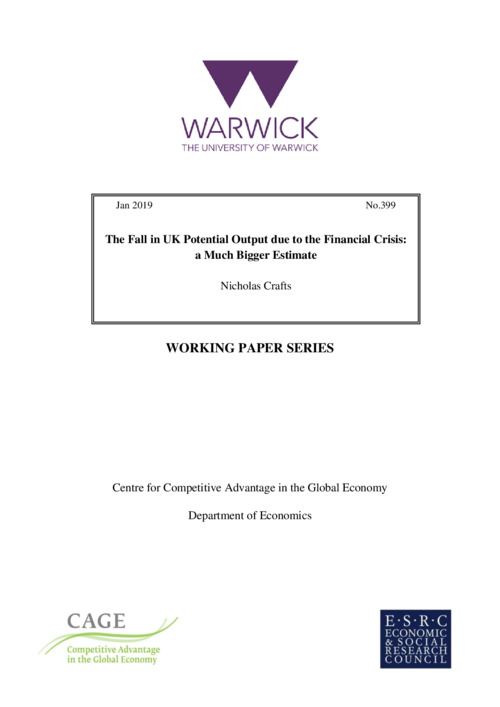