British relative economic decline in the aftermath of German unification

From 1871 to 1913, German economic growth was faster than that of the UK. This represented a successful catch-up of the leading European economy but there was still a significant productivity gap at the end of the period. Slower UK growth should be seen as largely unavoidable but there was a serious weakness in the national innovation system. On the whole, the greater openness of the British economy was advantageous and a move to protectionist policies would have been damaging. The expansion of German industrial production and exports only had a small negative impact on UK national income. 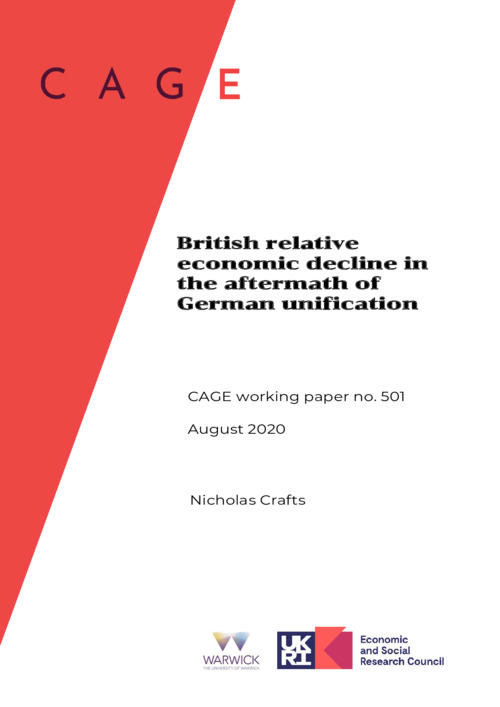