Layoffs and productivity at a Bangladeshi sweater factory

Conflicts between management and workers are common and can have significant impacts on productivity. We study how workers in a large Bangladeshi sweater factory responded to management’s decision to lay off about a quarter of the workers following a period of labor unrest. Our main finding is that the mass layoff resulted in a large and persistent reduction in the productivity of surviving workers. Moreover, it is specifically the firing of peers with whom workers had social connections – friends – that matters. We also provide suggestive evidence of deliberate shading of performance by workers in order to punish the factory’s management, and a corresponding deliberate attempt by the factory to win the angry workers back by selectively giving them tasks that are more rewarding. By combining ethnographic and survey data on the socialization process with the factory’s internal records, the paper provides a rare glimpse into the aftermath of an episode of labor unrest. A portrait of the firm emerges as a web of interconnected relational agreements supported by social connections. 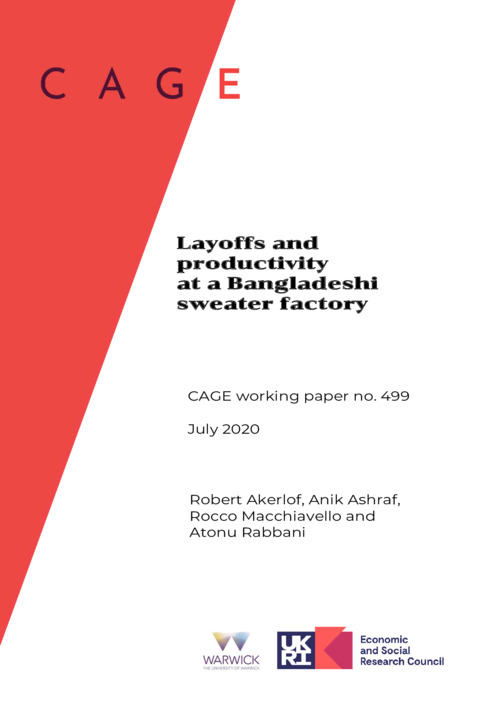