Populism and the first wave of globalization: evidence from the 1892 US Presidential Election

The reasons for the famous agrarian unrest in the United States between 1870 and 1900 remain debated. We argue that they are, at least in part, consistent with a simple economic explanation. Falling transportation costs allowed for the extension of the frontier, where farmers received the world price minus the transaction costs involved in getting their produce to market. Many perceived these costs to be unfairly large, owing to the perceived market power of rail firms and the discriminatory practices of middlemen, with farmers closer to the frontier most affected. Consistent with this, we find that the protest, as measured by vote shares for the Populists in the 1892 Presidential elections, is negatively related to wheat prices, transportation costs, and rail network density. 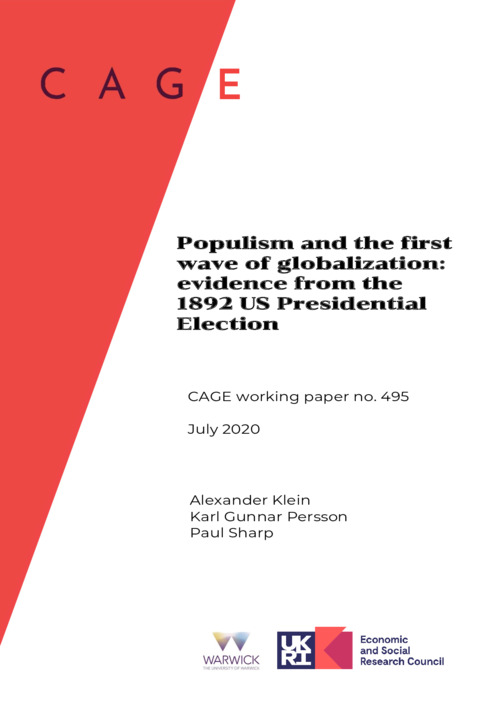