How do reductions in interaction costs shape the diffusion of social movements? In this paper, I use a natural experiment from Swedish history to answer this question. During the thirty-year period 1881-1910, Swedish society underwent two transformative developments: the large-scale roll-out of a national railway network and the nascence of grassroots social movements which came to dominate economic, social and political spheres well into the twentieth century. Using exogenous variation in railway access arising from initial plans for the network, I show that well-connected municipalities were more likely to host a local movement and subsequently saw more rapid membership growth and a greater number of distinct organisations. The mobility of individuals is key: results are driven by passenger arrivals into connected municipalities, not freight arrivals. I implement a market access framework to show that, by reducing least-cost distances between municipalities, railways intensified the influence exerted by neighbouring concentrations of membership, thereby enabling social movement spread. 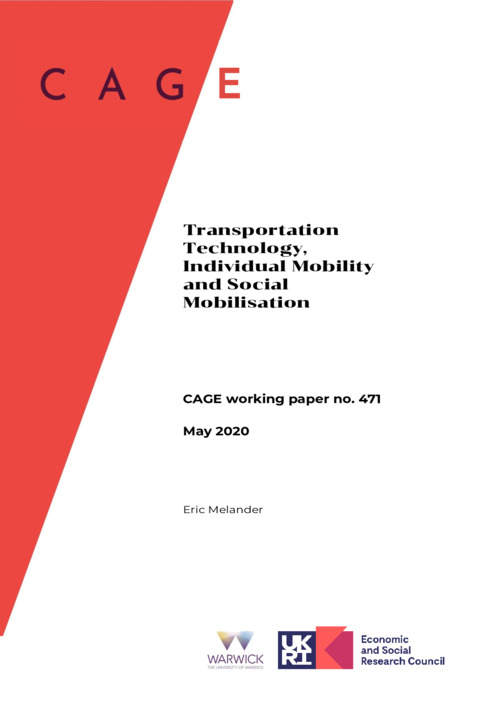