The Cross of Gold: Brazilian treasure and the decline of Portugal

As late as 1750, Portugal had an output per head considerably higher than those of France or Spain. Yet just a century later, Portugal was Western Europe’s poorest country. In this paper we show that the discovery of massive quantities of gold in Brazil over the eighteenth century played a key role for the long-run development of Portugal’s economy. We focus on the economic resource curse: the loss of competitiveness of the tradables sector manifested in the rise of the price of non-traded goods relative to traded imports. Using original price data from archives for four Portuguese regions between 1650 and 1800, we show that a real exchange rate appreciation of about 30 percent occurred during the eighteenth century, which led to a loss of the competitiveness of national industry from which the country did not recover until considerably later. 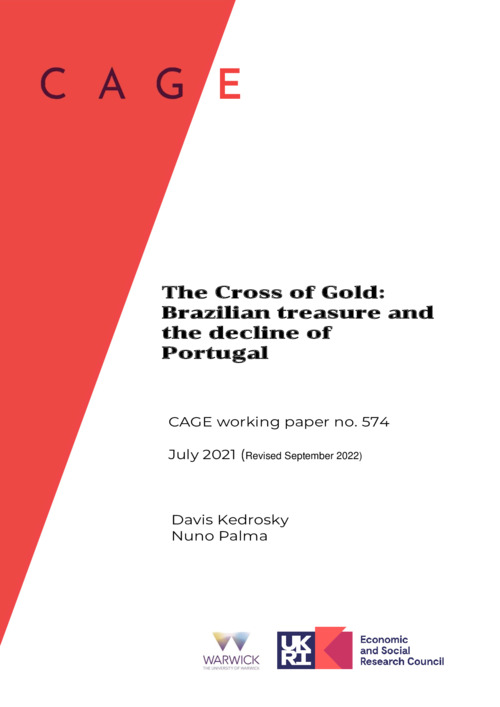