Annual estimates of GDP constructed from the output side are used to analyse British business cycles between 1270 and 1870. After c.1670 the scale of recessions tended to diminish as the economy grew, diversified and became more resilient. Until c.1730, business cycles were driven largely by agricultural fluctuations, but shocks to industry and commerce became more important over time as the structure of the economy changed. A number of severe recessions can be identified, associated with harvest failures, disease outbreaks, wars and disruptions to commerce. Monetary and financial factors also played a role in some of these severe recessions. 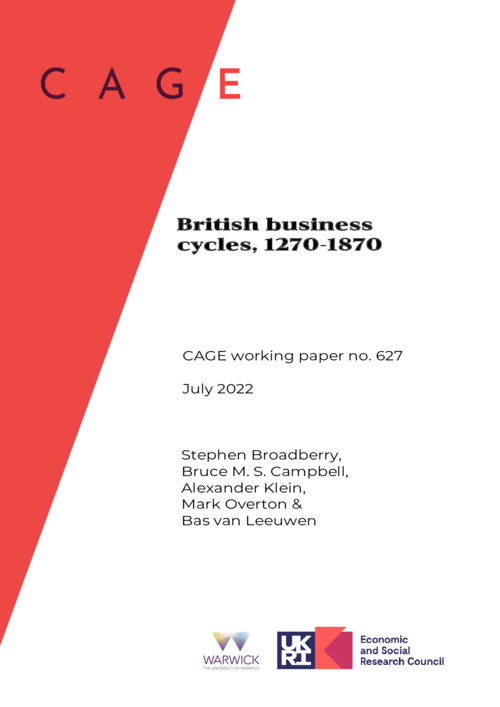