This paper provides decadal estimates of GDP per capita for the Russian Empire from the 1690s to the 1880s. GDP per capita in the 1880s was barely 3 per cent higher than in the 1690s, but this was not the result of continuous stagnation. Rather, positive growth during the first half of the eighteenth century was followed by negative growth between the 1760s and 1800s and stagnation from the 1800s to the 1880s. The main driver of this variation in GDP per capita was the relationship between population and land, with land per capita increasing to the 1760s, then declining to the 1800s and staying stable during the nineteenth century. This suggests that serfdom may not have been as strong a barrier to eighteenth century growth as has often been suggested, nor its abolition in 1861 as significant for subsequent growth. Although large-scale industry grew more rapidly than the rest of the economy, particularly after Peter the Great’s reforms in the early eighteenth century, this had only a minor effect on the economy as a whole, as it was starting from a very low base and still only accounted for 10 per cent of GDP by the 1880s. Russian economic growth before the 1760s resulted in catching-up on northwest Europe, but this was followed by a period of relative decline, leaving mid-nineteenth century Russia further behind than at the beginning of the eighteenth century. 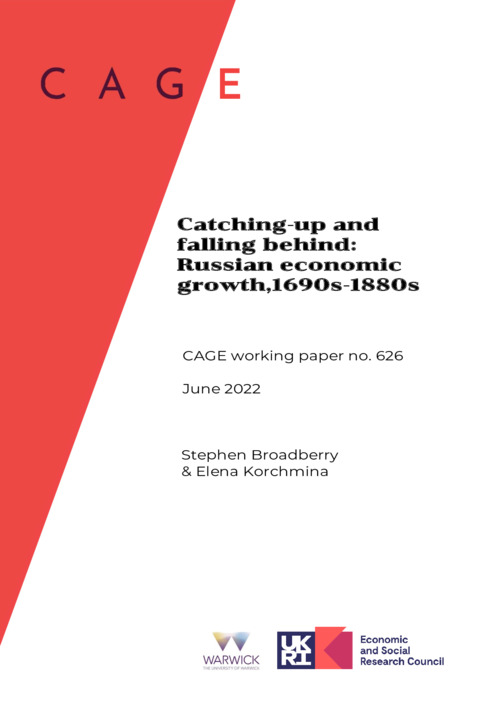