The difficulty in resurrecting inter-ethnic cooperation in the aftermath of violence and genocide is one of the biggest challenges facing post-conflict societies. Using experimental data from post-genocide Rwanda and Burundi, this paper shows that an unwarranted tendency to blame others for negative outcomes is a behavioural barrier that makes reconciliation difficult. We show that individuals systematically (and mistakenly) blame accidental negative shocks (noise) to the deliberate intent of individuals (bias). This victimhood bias wherein individuals ascribe noise to bias is much larger for (a) individuals for whom ethnic identity is salient; (b) for those who have had greater exposure to inter-ethnic violence. Further, we observe that both inter-ethnic contact and economic development are associated with a decline in this victimhood bias. Finally, those with a lower victimhood bias are more likely to behave cooperatively in inter-ethnic relationships. Our results suggest that insurance agreements that limit negative shocks and reduce noise, can encourage reconciliation by mitigating feelings of victimhood. 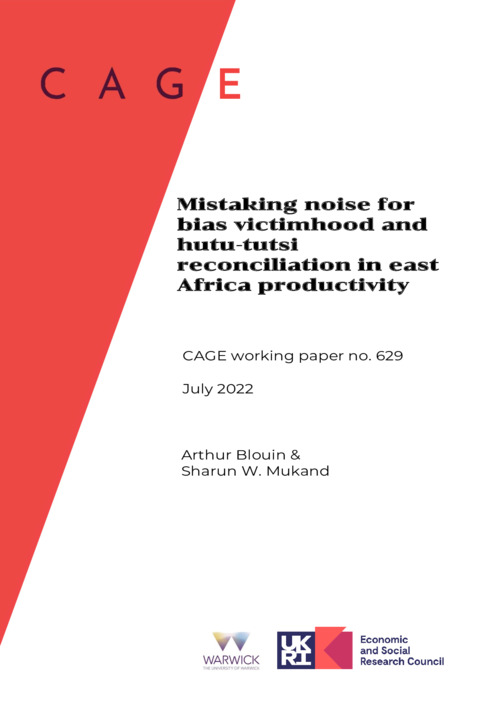