Small Firm Growth and the VAT Threshold : Evidence for the UK

This paper studies the effect of the VAT threshold on firm growth in the UK, using exogenous variation over time in the threshold, combined with turnover bin fixed effects, for identification. We find robust evidence that annual growth in turnover slows by about 1 percentage point when firm turnover gets close to the threshold, and weaker evidence of higher growth when the threshold is passed. Growth in firm costs shows a similar pattern, indicating that the response to the threshold is likely to be a real response rather than an evasion response. Firms that habitually register even when their turnover is below the VAT threshold (voluntary registered firms) have growth that is unaffected by the threshold, whereas firms that select into the Flat-Rate Scheme have a less pronounced slowdown response than other firms. Similar patterns of turnover and cost growth around the threshold are also observed for non-incorporated businesses. Finally, simulation results clarify the relative contribution of "noncrossers" ( firms who eventually register for VAT) and "non-crossers" (those who permanently stay below the threshold) in explaining our empirical findings. 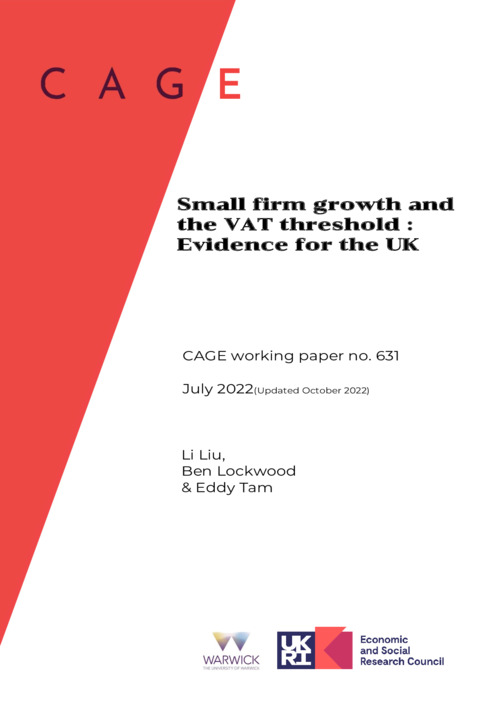