On June 9th 2018 I delivered a Keynote Lecture at the conference called 'Rethinking the EU' at Universität Witten/Herdecke. The title of my talk was 'Brexit and Economic Justice: From Britain's EU Referendum to Empire 2.0'. 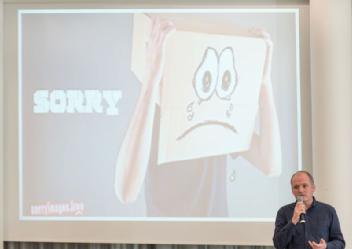 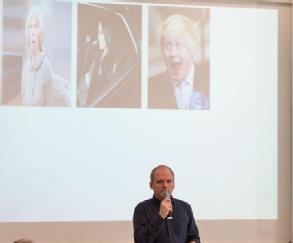 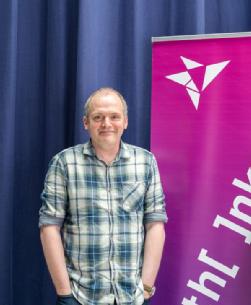 Abstract from the conference programme: "Matthew Watson will be speaking to the conference theme of 'Rethinking Justice within the European Union' from the perspective of his ongoing ESRC Professorial Fellowship project, 'Rethinking the Market'. He will be reflecting on the post-Brexit politics of European Single Market membership in the UK, but at the same time trying to explain how some of the more surprising pro-Brexit constituencies at the 2016 EU referendum were animated by perceptions of economic justice postponed. These were people who had done everything that had been asked of them over the previous thirty years to adjust themselves to supposed new market 'realities', but who had nonetheless seen their lives get harder and their life chances less secure. For them, the vote against continued EU membership was arguably nothing to do with the European Union at all, so much as with a more generalised revolt against being sold down the river in the interests of enhancing national economic competitiveness. The Hard Brexiteer position on leaving the European Single Market and the EU customs union should be particularly troubling for these Leave-voting constituencies. It is predicated on what Bauman has called a 'retrotopia', a yearning for the return to a golden age in which British political elites were much more secure in their conceit that their country punched above its weight as an undisputed world leader. The Hard Brexiteer dream of post-Brexit 'sunny uplands' imagines the reinvention of an Anglosphere of pure free trade relations between an entirely deregulated group of English-speaking countries. This has been variously described amongst the pro-Brexit factions of the Conservative Party as 'Global Britain', 'the Singapore Option' and 'Empire 2.0'. Whatever name is eventually chosen to describe what the Conservative Government believes it wants from Brexit, the prospects for those people who voted against continued UK membership of the EU on the grounds of having had their claims to economic justice ignored will presumably only get worse. They seem sure to be required to experience an even more extreme version of what they thought they had voted to leave behind. The question of economic justice for all within the European Single Market is one that EU elites should still be prepared to pay more attention to. But the trajectory that the Hard Brexiteer settlement looks likely to impose upon the UK is no solution at all.