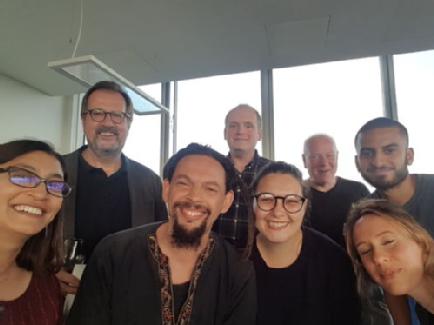 On June 19th 2018 I gave a short presentation entitled 'Buccaneering Britain' to a seminar held at Queen Mary University of London on Race, Class and Nation in Modern Britain. The event was organised as part of Robbie Shilliam's leaving celebrations. My paper looked at the politics of memory in relation to the image presented by the most gung-ho of Conservative Brexiteers of a 'buccaneering' Britain that will approach free trade deals with gusto in the post-Brexit world. This construction invokes the active recall of particular aspects of British history in the form of constant repetition of a limited number of stylised tropes. Pride of place in this regard goes to 'You must remember that Britain has always been a great trading nation' and 'You must remember that Britain has always been a great maritime nation'. Yet this simultaneously entails a commitment to passively forget other histories which would focus on how the British Empire was constructed through violence and how British control of the seas meant control of all the trade that was conducted by sea, including that in people. The contemporary politics of race, class and nation in Britain is trapped, I concluded, in a telling of history that has been hijacked by Brexiteer opinion. This makes a more restorative politics - a reparative politics even - seem further away than ever.