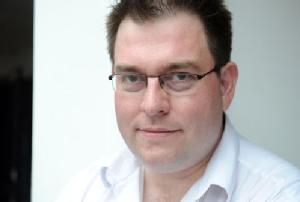 Dr Alex Smith is a sociologist at the University of Warwick who lives in Scotland. He is the author of Devolution and the Scottish Conservatives: banal activism, electioneering and the politics of irrelevance (2011, Manchester University Press) and has already voted, by Advance Ballot, in the Scottish independence referendum.

Dr Smith had the following to say:

The Labour Party views Scotland as Labour territory. With a bigger political stake in the result of Thursday’s referendum than any other Unionist party, its leaders are desperate for Scots to reject independence. That’s why they are committing significant resources and their considerable political capital and prestige to slogging it out with the Nationalists.

'With a UK General Election less than a year away, Labour politicians need this like a hole in the head. But the uncertainty over the referendum result in Scotland is a consequence of strategic blunders and self-inflicted wounds by the Better Together campaign.

'For over a generation, public opinion has consistently been on their side. The Unionists have also had the substantial resources of both the British state and the Westminster establishment at their disposal.

'Why has the case for the UK been articulated so poorly? Why have so many Scots stopped listening to Westminster politicians?

'Better Together failed to articulate a positive message early in the campaign of what contemporary Britain is, of what being ‘better together’ means in the 21st Century, for all the constituent countries of the United Kingdom and not just Scotland. In the absence of such a vision, pro-Union politicians have been left to fill the political vacuum with a misplaced Tory nostalgia for lost empire and post-war prosperity and Labour’s empty rhetoric about the ‘threats’ they claim an independent Scotland will face, particularly on the economy, pensions and welfare spending.

'Despite the setbacks, it still seems likely the Unionists will prevail in this referendum. It now seems likely, though, that the margin of victory will be narrow. This should never have happened.

'For the Labour Party, the referendum result could have unintended consequences. Tens of thousands of their own supporters have broken with Labour - that most tribal of political parties - for the first time. They will vote ‘Yes’ on Thursday. Does Labour have a positive vision for Scotland’s future, albeit within the Union, to win these voters back?

'North of the border, Labour’s electoral base is now broken. They may yet snatch victory from the jaws of defeat on Thursday. In doing so, they might help entrench the Nationalists as the natural party of government in Scotland. This would be a huge price for Labour to pay.

For further information or to arrange an interview with Dr Smith please contact: