Dr Thomas Long from the Department of Politics and International Studies at the University of Warwick comments on the domestic crisis in Venezuela: 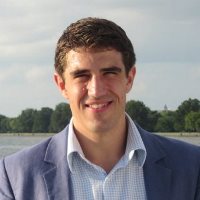 "While the domestic conflict and crisis in Venezuela have been raging for years, the events of the last few days have highlighted the international dimension of the crisis.

Several days after recognising opposition leader Juan Guaidó as Venezuela’s transitional president, the United States let the other shoe drop. The Trump administration announced oil sanctions, cutting the Venezuelan government from its main flow of hard currency. Despite the decades-long tensions between the two governments, the United States remained a major oil importer. The fiscal pressure on the incumbent leader Nicolás Maduro will be immediate and intense. Meanwhile, the European Union has escalated pressure by demanding the new elections be convened. The diplomatic gambit constrains Maduro’s options further – but the EU also needs to consider whether holding elections immediately is desirable and feasible in the current context.

The incumbent government of Nicolás Maduro now finds itself estranged from the most of its South American neighbours, as well as from the United States and Europe. Internationally Maduro is relying on support from Russia and Cuba. China has gradually reduced its backing over the last year, and the remaining diplomatic support could waver quickly.

Maduro is clinging to the backing of the high-ranking Venezuelan military to ensure survival amidst growing international problems. Guaidó has important allies abroad and a surge of popular support, but lacks bureaucratic control that would aloe him to address him to address the country’s humanitarian crisis. International pressure matters, but what really counts is how the pressure translates to the Venezuelan context."