Dr Jennifer Alexander, from the Department of the History of Art at the University of Warwick comments on the fire at the Notre-Dame Cathedral in Paris. She comments: 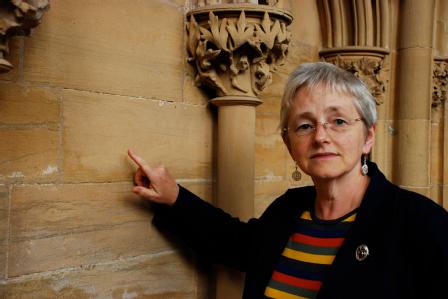 "The devastating fire that destroyed the roofs and spire of Notre-Dame Paris yesterday afternoon demonstrated the vulnerabilities of medieval cathedrals and great churches, but also revealed the skills of their master-masons. The lead covered wooden roof structure burned so fast because the fire was able to take hold under the lead and increase in intensity before it was visible from the outside, and it then spread easily to all the other sections of the roof. French buildings are more vulnerable here than UK ones because they don't usually have a stone tower in the centre that would act as a fire-break, this is what saved York Minster in 1984 when the transept roof caught fire but the tower stopped it spreading further.

"Notre-Dame was saved from total destruction because the medieval builders gave it a stone vault over all the main spaces, and the stone flags on top of the aisles meant that the burning timbers and molten lead couldn't break through there. Coventry Cathedral was brought down in the Second World War when it was fire-bombed because it had a timber ceiling and the burning timbers fell into the church and formed a huge bonfire that fatally weakened the stonework and caused it to collapse. In France, the great cathedral at Reims lost its roofs in the bombardment of the First World War, but having a stone vault, it too survived as a building and has been restored.

"Notre-Dame will rise again, and its conservators can take heart from the inscription inside the door of Coventry's new cathedral, 'to the Glory of God this cathedral burnt... and is now rebuilt.’"