Super Tuesday is the most important day in the US race to the White House so far, as 14 states vote on who should be the US Democratic presidential candidate.

Joe Biden’s campaign has gained momentum after picking up endorsements from former rivals: Amy Klobuchar, Pete Buttigieg and Beto O'Rourke. But will Michael Bloomberg mount a late challenge, or will favourite Bernie Sanders come out on top? 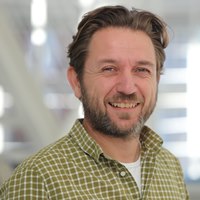 Dr Trevor McCrisken from the Department of Politics and International Studies at the University of Warwick comments:

"Moderate endorsements and a big win in South Carolina at the weekend have revitalised Joe Biden's campaign. But state-by-state polling suggests Biden will win Southern states on Super Tuesday while Sanders will pick up the big prize of California and several of the 14 states voting today.

"Bloomberg is the wildcard who is polling 3rd nationally, but at present but hasn't picked up delegates or momentum yet and doesn't look like he'll do so today either. It looks like it'll be a two candidate race between Biden and Sanders with no clear winner ahead of the July nominating convention.

"This is great news for Donald Trump who has a clear run to the election while the Democrats are fighting each other for the nomination."