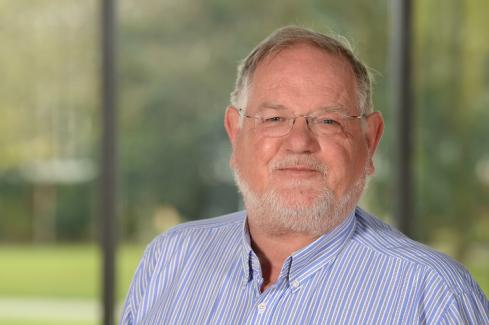 Warwick Arts Centre’s inspirational Director Alan Rivett will be retiring from his position in Summer 2018.

After an established career in arts administration, Alan Rivett started at Warwick Arts Centre as Deputy Director in 1990 before being appointed Director in 2001. In his 17 years as Director, Warwick Arts Centre has brought internationally renowned artists to the Coventry venue, collaborated with the arts sector regionally, nationally and internationally and overseen refurbishments and building developments of the region’s largest arts centre.

Further to his role as Director of the Warwick Arts Centre and Trustee of Coventry's successful City of Culture 20201 bid, Alan chairs the UK wide Dance Touring Partnership, comprising leading UK venues committed to promoting international contemporary dance and is a board member of The British Association of Concert Halls and was formally Chair of Fierce Festival ltd, leading an annual festival of contemporary live art and performance in Birmingham. 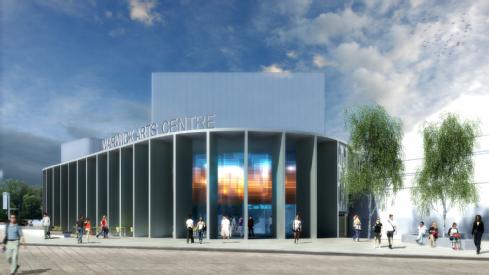 “My time at Warwick Arts Centre has been an inspirational journey. To me it’s the best venue in the country, presenting the most diverse and distinctive programme of theatre, music, comedy, film, visual arts and family friends arts. I have been fortunate enough to work with the best team of staff, and to have met the most extraordinary artists from around the world.

“Selecting personal programme highlights is probably a mistake but might include the English premiere of The National Theatre of Scotland’s Black Watch, ensuring that Peter Brook’s seminal theatre from Paris has been experienced in Coventry, nurturing Cornwall’s Kneehigh Theatre, Frantic Assembly and RIFCO from their early days of touring, overseeing one of the UK’s best education and creative learning teams, working in close collaboration with an outstanding community of local artists including Motionhouse, Stan’s Café, Rosie Kay, Talking Birds and Snarling Beasties – and welcoming internationally renowned artists to our stages; including John Adams, Elvis Costello, Van Morrison, Dame Kiri Te Kanawa, Valery Gergiev, Ricardo Muti, Declan Donnellan and Nick Ormerod, The Maly Theatre of St. Petersburgh; whilst not forgetting an exhilarating afternoon with Bill and Hilary Clinton in 2000.

“Now, with funding in place for a new building, and the exciting preparations for Coventry City of Culture 2021, it is time to give someone else a ride on the rollercoaster!”

“The University of Warwick is proud to have one of the nation’s cultural beacons at the heart of its campus and Alan has championed a highly regarded cultural programme alongside encouraging creative academic collaboration with activities ranging from artists in residence to nurturing traditional Chinese and Indian student orchestras.

"Alan planted the early seeds which led to Coventry’s successful bid to be named 2021 UK City of Culture last December. More recently, he has led plans for a £32 million re-visioning of the Arts Centre which will introduce three new cinemas, an improved visual arts gallery and much needed enhancements of the front of house gathering spaces. With £7.5 million of external funding now committed (including £4.2 million from Arts Council England announced last week) it is fitting that the new Warwick Arts Centre will be ready to fully reopen in time to be one of the City of Culture’s landmark venues."

Warwick Arts Centre’s 20:20 Project commenced in Autumn 2017 with a Phase 1 maintenance programme already underway, refreshing, renewing and redeveloping the existing foyers and theatres and re-opening in July 2018 - with the Warwick Arts Centre remaining open throughout.

Phase 2 will commence in October 2018, and will create a new building to house three new digital auditoria, a large ground floor gallery ready to exhibit some of the very best contemporary art, sculpture and photography. The new building will also provide a spacious new-look foyer and café bar, offering a welcoming environment for everyone. Phase 2 of the Warwick 20:20 Project will be completed by Autumn 2020.

Warwick Arts Centre in Coventry is an Arts Council England National Portfolio Organization. An award-winning, multi-artform venue, Warwick Arts Centre inspires people through the arts, culture, entertainment and creative learning. One of the largest arts venues in the UK, Warwick Arts Centre opened in 1974 and welcomes over a million visitors every year. It makes meaningful, life-long connections with the local community and is a distinctive voice in the national and international arts world.

Situated on the campus of the University of Warwick, its work enhances the exceptional learning experience at the University and supports its strategic vision. With a high quality programme of scale and impact, Warwick Arts Centre is an open-minded, ambitious and dedicated advocate of all art forms.