- The condition trimethylaminuria, is more commonly known as fish odour syndrome, it currently has no cure.

- The syndrome occurs when an unpleasant smelling chemical trimethylamine (TMA) can’t be broken down by the liver into a different chemical that doesn’t smell.

- Researchers at the University of Warwick have been able to stabilise and inhibit the enzyme that produces TMA, which means once a drug has been discovered they can test how it to stop TMA production.

Fish odour syndrome (trimethylaminuria) is a debilitating disease, in which the liver cannot break down the smelly chemical trimethylamine which is produced by enzymes from bacteria residing in the gut leaving people with a fish like odour. Researchers from the University of Warwick are paving the way to prevent the syndrome after a breakthrough in studying the enzyme in the gut which produces trimethylamine.

Currently there is no cure for fish odour syndrome, a condition which causes an unpleasant fishy smell that can affect breath, sweat, pee and vaginal fluids. 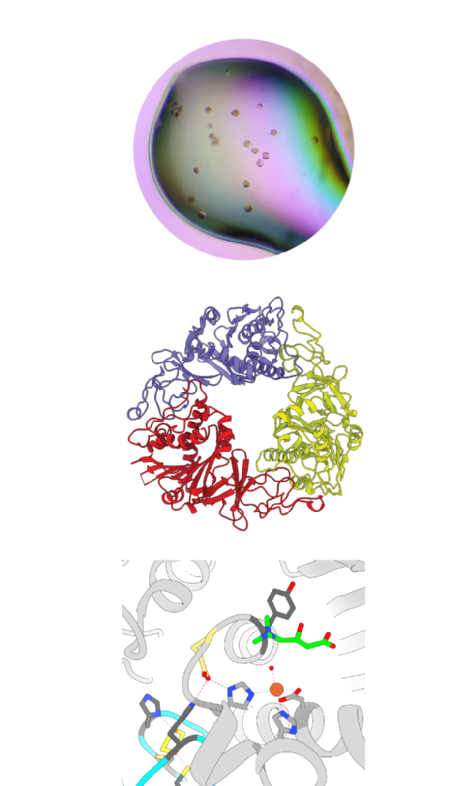 The cause of fish odour syndrome is when an enzyme pathway in the gut called CntA/B, produces TMA, this happens when the enzyme breaks down a TMA precursor called L-Carnitine which is found in dairy, fish and meat. If an individual lacks a functional liver enzyme called FMO3, they cannot degrade TMA into a non-smelly chemical form, TMAO (trimethylamine oxide). The TMA then builds up in the body and ends up in bodily fluids.

In the paper, ‘Structural basis of carnitine monooxygenase CntA substrate specificity, inhibition and inter-subunit electron transfer’, published in the Journal of Biological Chemistry, researchers from the School of Life Sciences at the University of Warwick have specifically focused on the CntA protein of the CntA/B enzyme, to stabilise and study it.

CntA/B is a notoriously hard enzyme to study, but once it was stabilised the research group of Prof. Yin Chen were able to gain insight into how CntA perceives its L-Carnitine substrate, with a 3D crystal structure model and by studying the complete electron transfer pathway they could see how the protein is able to turnover TMA.

Now that it is understood how exactly TMA is produced in the gut and that the enzyme can be inhibited, there are grounds for further research into future discovery of drugs targeting the TMA-producing enzyme in the human gut.

The lead researcher, Dr Mussa Quareshy, from the School of Life Sciences at the University of Warwick comments: “We have identified novel, drug-like inhibitors which can inhibit CntA function and thus TMA formation with the potential to attenuate TMA formation in the gut microbiome. This is vital not only for people who have fish odour syndrome, but also because TMA can accelerate atherosclerosis and heart disease, therefore it’s urgency to be targeted by drugs is rather significant.”

Paper available to view at: