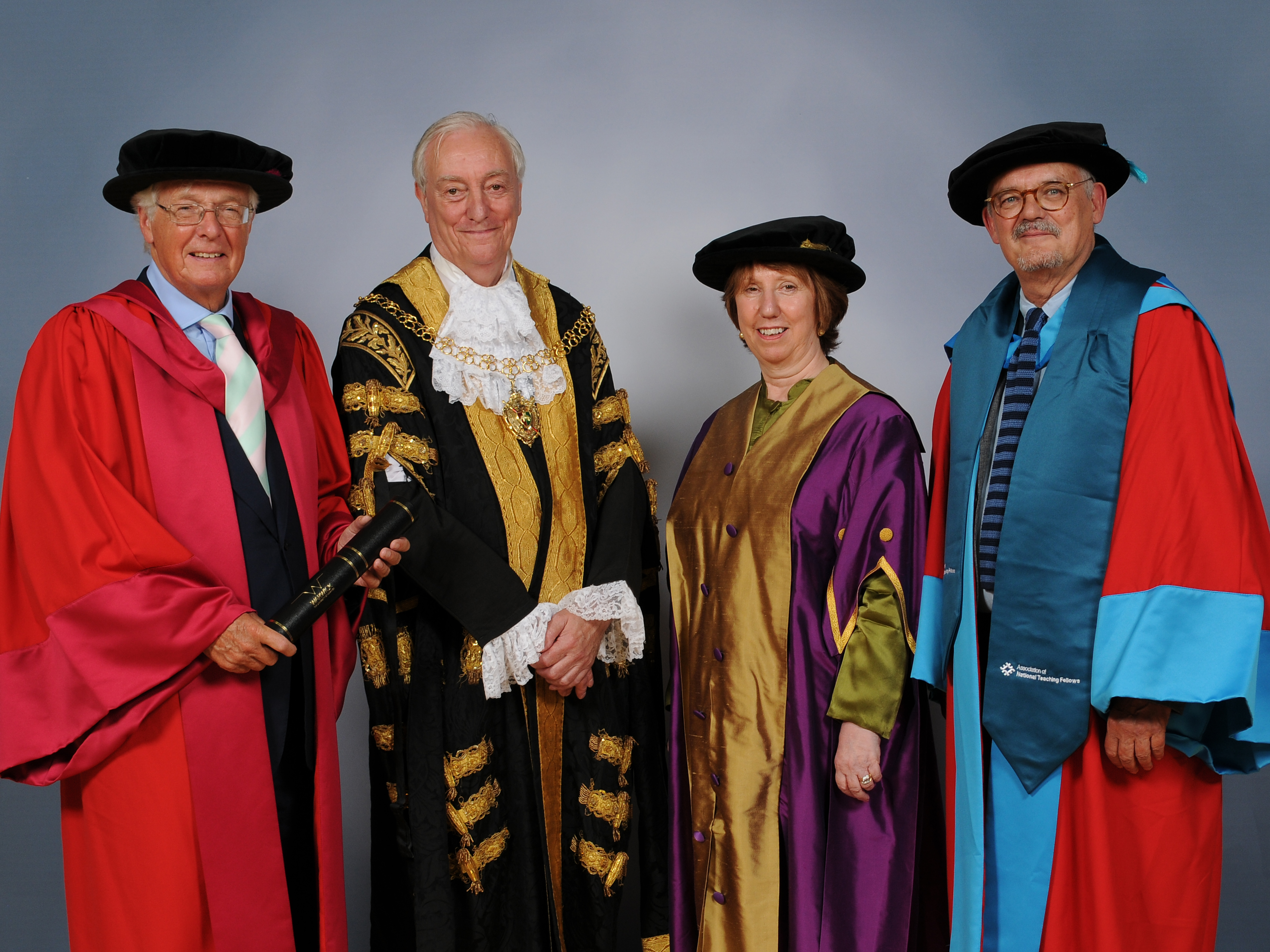 The team behind Coventry’s City of Culture bid are now back to work, following the news that the city was shortlisted to become the UK’s city of culture in 2021.

Speaking at the University of Warwick after receiving an Honorary Doctorate David Burbidge, chair of the Coventry 2021 bid, said “We’re in the final shortlist now, which we are thrilled about. It was announced late on Friday and we had a day of celebration on Saturday, then it was back to work. We’re now hard at work, working towards the final bid”.

“One of the big things about this bid is the wonderful way it has brought people together. The most important thing of all are the people of Coventry. We’re such a diverse city and we want to celebrate that through this bid”.

The final bid is due to be submitted in September, with the winner due to be announced this December.

Mr Burbidge, who received his Honorary Doctorate in recognition of his leading Coventry's City of Culture Bid, said that a winning bid would be worth “hundreds of millions in economic value” to Coventry and that the bid team we determined to bring this to the city.

As a Principal Partner to the bid, members of the University of Warwick community play key roles in Coventry’s bid – including Jonothan Neelands, Professor of Creative Education at the Warwick Business School.

“Jonothan plays a really significant role” said Mr Burbidge, “he co-chaired the Warwick Commission, which was so influential in the cultural world and that’s why we were keen to get him involved in our team because he had such an incredible background.

“Alan Rivett at the Warwick Arts Centre is being a huge help developing our programme and the Vice-Chancellor, Stuart Croft, who is incredibly supportive and Simon Swain, the Pro-Vice Chancellor. We are very grateful to all for the support they are giving.”

Discussing the role of the Warwick Arts Centre, located at the heart of the University’s campus, in enriching the local community Mr Burbidge said:

“The Warwick Arts Centre is fantastic. The great thing about it is it covers a wide range of forms of culture, which makes it so exceptional and interesting. From an amazing art gallery, to a theatre, to a concert hall and a cinema. It is a really important element in our bid and we are really pleased to be working with the Arts Centre.”

In his oration to mark the awarding of the Honorary Doctorate, Professor Neelands said that Mr Burbidge "has committed himself to leading the transformation of Coventry into a proud, dynamic, diverse, young 21st century city. In his role as Chair of the City of Culture Trust he has forged a unique civic partnership between the City Council, the universities and businesses.

"Patient, gentle and flexible but determined and persistent. The city is already transforming under his stewardship and this is important for Warwick. This is our place. The University has a global reach and interest but this city is our place and David has helped us to be an effective force for change and progress in Coventry, benefitting our students, our reputation and our employees and their families."