A new computer program that spots when information in a quantum computer is escaping to unwanted states will give users of this promising technology the ability to check its reliability without any technical knowledge for the first time.

Their method is presented in a paper published today (19 March) in the journal Physical Review A, and includes experimental data from its application on a publicly accessible machine, that shows that undesirable states are affecting certain computations.

Quantum computing harnesses the unusual properties of quantum physics to process information in a wholly different way to conventional computers. Taking advantage of the behaviour of quantum systems, such as existing in multiple different states at the same time, this radical form of computing is designed to process data in all of those states simultaneously, lending it a huge advantage over conventional computing.

In conventional computing, quantum computers use combinations of 0s and 1s to encode information, but quantum computers can exploit quantum states that are both 0 and 1 at the same time. However, the hardware that encodes that information may sometimes encode it incorrectly in another state, a problem known as ‘leakage’. Even a miniscule leakage accumulating over many millions of hardware components can cause miscalculations and potentially serious errors, nullifying any quantum advantage over conventional computers. As a part of a much wider set of errors, leakage is playing its part in preventing quantum computers from being scaled up towards commercial and industrial application.

Armed with the knowledge of how much quantum leakage is occurring, computer engineers will be better able to build systems that mitigate against it and programmers can develop new error-correction techniques to take account of it.

Dr Animesh Datta, Associate Professor of Physics, said: “Commercial interest in quantum computing is growing so we wanted to ask how we can say for certain that these machines are doing what they are supposed to do.

“Quantum computers are ideally made of qubits, but as it turns out in real devices some of the time they are not qubits at all – but in fact are qutrits (three state) or ququarts (four state systems). Such a problem can corrupt every subsequent step of your computing operation.

“Most quantum computing hardware platforms suffer from this issue – even conventional computer drives experience magnetic leakage, for example. We need quantum computer engineers to reduce leakage as much as possible through design, but we also need to allow quantum computer users to perform simple diagnostic tests for it.

“If quantum computers are to enter common usage, it’s important that a user with no idea of how a quantum computer works can check that it is functioning correctly without requiring technical knowledge, or if they are accessing that computer remotely.”

The researchers applied their method using the IBM Q Experience quantum devices, through IBM’s publicly accessible cloud service. They used a technique called dimension witnessing: by repeatedly applying the same operation on the IBM Q platform, they obtained a dataset of results that could not be explained by a single quantum bit, and only by a more complicated, higher dimensional quantum system. They have calculated that the probability of this conclusion arising from mere chance is less than 0.05%.

While conventional computers use binary digits, or 0s and 1s, to encode information in transistors, quantum computers use subatomic particles or superconducting circuits known as transmons to encode that information as a qubit. This means that it is in a superposition of both 0 and 1 at the same time, allowing users to compute on different sequences of the same qubits simultaneously. As the number of qubits increases, the number of processes also increases exponentially. Certain kinds of problems, like those found in codebreaking (which relies on factoring large integers) and in chemistry (such as simulating complicated molecules), are particularly suited to exploiting this property.

Transmons (and other quantum computer hardware) can exist in a huge number of states: 0, 1, 2, 3, 4 and so on. An ideal quantum computer only uses states 0 and 1, as well as superpositions of these, otherwise errors will emerge in the quantum computation. 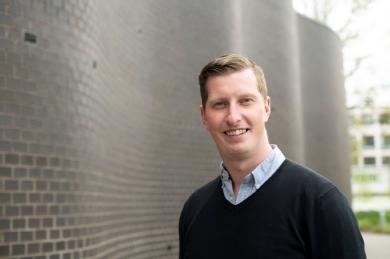 Dr George Knee, whose work was funded by a Research Fellowship from the Royal Commission for the Exhibition of 1851, said: “It is quite something to be able to make this conclusion at a distance of several thousand miles, with very limited access to the IBM chip itself. Although our program only made use of the permitted ‘single qubit’ instructions, the dimension witnessing approach was able to show that unwanted states were being accessed in the transmon circuit components. I see this as a win for any user who wants to investigate the advertised properties of a quantum machine without the need to refer to hardware-specific details.”

About the Royal Commission for the Exhibition of 1851

The Royal Commission for the Exhibition of 1851 offers major awards to scientists and engineers for research, development and design. First established to stage the Great Exhibition in 1851, the Royal Commission's extraordinary history is founded on an inspired vision of the importance of education to economic success. It has previously funded luminaries such as Nobel laureates Professor Peter Higgs, Sir James Chadwick and Paul Dirac.

Engineering and Physical Sciences Research Council (EPSRC) is part of UK Research and Innovation, a non-departmental public body funded by a grant-in-aid from the UK government. EPSRC is the main funding body for engineering and physical sciences research in the UK. By investing in research and postgraduate training, we are building the knowledge and skills base needed to address the scientific and technological challenges facing the nation.