Year 12 pupils from schools across Coventry & Warwickshire have been getting a taste of studying law at a top university. 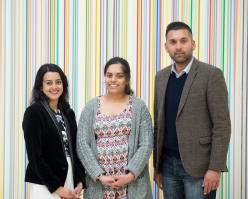 The University of Warwick has been running a scheme to widen access to the country’s top universities.

Organised within the School of Law the six month programme culminated on Saturday 23 April with an award ceremony for a competition based around the theme of human rights.

Since November 2015, 25 pupils from eight schools across the region have been taking part in intensive Saturday workshops and lectures and have been learning how to improve their A Level study skills. They also met professional writers including leading journalists and writers of fiction and non-fiction.

As part of the scheme they worked on their entries for a competition to write the best 2,500 word essay on the theme of social justice. The winner, Gurpreet Dhaliwal from Campion School, Leamington Spa who wrote an essay called ‘Human Trafficking, an underworld crime’. Winner Gurpreet will see her essay published in the online magazine Lacuna, and have a paid, month-long summer internship with the publication. Gurpreet said: “I didn’t expect to win at all so it’s a great surprise. I’d like to say thank you to Anil and his team at the School of Law so for their help and support throughout the project.”

Runners up were Grace Knowles from Tile Hill Wood School, Coventry who wrote ‘The segregation of social classes’ and Claudi Geraghty also from Campion School, whose essay was called ‘The United Kingdom of the homeless’. The three were presented with their awards by BBC political journalist Priya Patel. 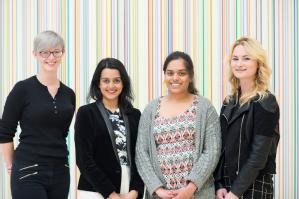 Dr Anil Awesti, widening participation officer and researcher said: “The Year 12 pupils have been working towards our ‘Writing Wrongs' competition since November which was designed in line with the magazine’s ethos of challenging indifference to suffering and promoting human rights.

“We were impressed with the standard of the entries and would like to congratulate the winner Gurpreet for her interpretation of the brief.”

Gurpreet’s teacher, Steve Bolsover from Campion School said: “The writing wrongs essay competition was a big confidence boost to our two winning pupils and to our school to get both Gurpreet and Claudi recognised for their essay writing skills,”

The University supports disadvantaged and talented students to achieve their potential and progress to higher education such as the School of Law’s programme, summer schools and mentoring. It works with the local community to widen participation of the hardest-to-reach and those least likely to enter higher education, including funded projects supporting looked after children and disabled young people.”