The University of Warwick has announced that it will award honorary degrees to six people at its winter degree ceremonies which will run from Wednesday 17th to Friday 19h January 2018 (inclusive), in the Butterworth Hall in Warwick Arts Centre. Those to be honoured include:

The full details on the dates on which each of those individuals will receive their degree will be published in January. Some short biographies on each graduand now follow along with information on the type of degree each will receive.

Tash Aw was born in Taipei, Taiwan, to Malaysian parents, and grew up in Kuala Lumpur, Malaysia. He had a multilingual upbringing, speaking Malay, Mandarin, Cantonese and English during his youth. He came to England to study at both Jesus College, Cambridge and at the University of Warwick before moving to London to write. After graduating he worked at a number of jobs, including as a lawyer for four years whilst writing his debut novel.

His first novel, The Harmony Silk Factory, was published in 2005. It was long-listed for the 2005 Man Booker Prize and won the 2005 Whitbread Book Awards First Novel Award as well as the 2005 Commonwealth Writers Prize for Best First Novel (Asia Pacific region). It also made it to the long-list of the world's prestigious 2007 International Impac Dublin Award and the Guardian First Book Prize. It has since been translated into twenty languages.

His second novel, titled Map of the Invisible World, was released in May 2009 to critical acclaim, with TIME Magazine calling it "a complex, gripping drama of private relationships," and describing "Aw's matchless descriptive prose", "immense intelligence and empathy."

His 2013 novel Five Star Billionaire was long-listed for the 2013 Man Booker Prize. You can see a Tedtalk by Tash Aw here. 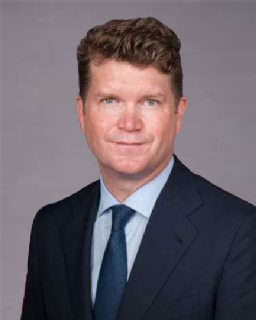 served as U.S. ambassador to the United Kingdom from August 2013 to January 2017. Serving previously from August 2009 to May 2011 as U.S. ambassador to Sweden. He was selected by the U.S. Department of State as the winner of the 2016 Sue M. Cobb Award for Exemplary Diplomatic Service for "his passion and commitment during his tenure in London by promoting American values and ideals, and his dedication to developing the next generation of career Foreign Service Officers. On returning to the United States, he received the Marshall Medal from the Marshall Aid Commemoration Commission created by the British Parliament for his dedication to strengthening U.S. and British relations.

From 2004 to 2008, Mr. Barzun was a private investor in a number of internet start-ups, including co-founding MedTrackAlert. He joined CNET Networks in 1993 as its fourth employee and held various management positions during his 11 years with the company, including Chief Strategy Officer. In July 2107 he was appointed to the Board of Directors of the US media company Gannett.

He is an active member of the Louisville, Kentucky, community where he has served on the boards of several civic and non-profit organizations, including the Louisville Free Public Library, Public Radio Partnership, Center for Interfaith Relations and Louisville Urban League. 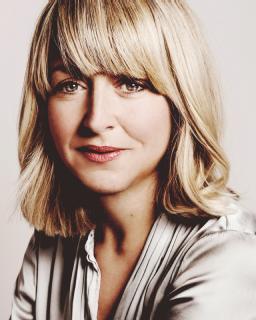 Alecky is a playwright and actor. She studied theatre at the University of Warwick, and she trained at Mountview Academy (where she is now an Associate Artist).

In 2003 she set up Recorded Delivery (Verbatim Theatre Company). The term 'recorded delivery' has now become synonymous with the verbatim technique she employs. You can see a video on this here: https://www.youtube.com/watch?v=ui3k1wT2yeM

Her theatre work includes All the Right People Come Here (New Wimbledon Studio), Cruising (The Bush), Strawberry Fields (Pentabus), I Only Came Here for Six Months (British Council Brussels), The Girlfriend Experience (Royal Court /Drum /Young Vic). In 2010 she won a Fringe First Award for Do We look Like Refugees?! (Rustaveli Theatre Georgia/ National Theatre Studio /British Council.). Alecky was also involved in Headlong Theatre's Decade and wrote Where Have I Been All My Life? (New Vic) and Little Revolution (Almeida). For television she has written A Man in a Box (Channel 4) and wrote and co-directed The Riots; In their Words (BBC 2).

In 2007 She won a Time Out Award for her first play, Come Out Eli, and was selected as one of Screen International's Stars of Tomorrow.

In 2011 her innovative musical London Road won Best Musical at the Critics' Circle Awards, (National Theatre Cottesloe /Olivier). She later adapted it into a screenplay, (BBC Films /Cuba Pictures) which was released in 2015, for which she won the National Film Award for Best Screenplay. 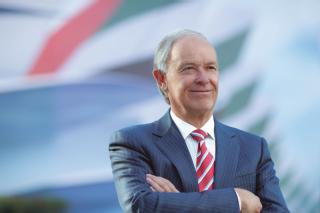 Sir Tim Clark has been in the civil aviation business for his whole professional career, having first joined British Caledonian in 1972. In 1975, he moved to Gulf Air in Bahrain and subsequently in 1985 to Dubai where he became a member of the founding team of Emirates as Head of Airline Planning.

In 2003, he became President of Emirates Airline, one of the world's fastest growing airlines, which currently serves more than 150 destinations in 83 countries with a fleet of 256 wide-bodied aircraft. The airline has an aircraft order book of over 220 aeroplanes valued at more than US $100 billion. Emirates operates the world’s largest fleet of A380 jets, and also the world’s largest Boeing 777 fleet.

Emirates, has won more than 500 international awards for product and service excellence, and was named World’s Best Airline in the Skytrax 2016 World Airline Awards.

Between April 1998 and March 2008, Sir Tim was also the Managing Director of Sri Lankan Airlines, the latter position resulted from Emirates' acquisition in April 1998 of a major stake in that airline

He is also Chairman of the Emirates Airline Foundation, which he was instrumental in founding. The Foundation strives to improve the welfare of disadvantaged children around the world.

In the 2014 Queen’s New Year’s Honours list, Mr Clark was invested as a Knight of the Most Excellent Order of the British Empire (KBE) for services to British prosperity and to the aviation industry.

He is a Fellow of the Royal Aeronautical Society, and amoing his many other honours he: was conferred an “Officier de la Legion d’Honneur” by the French government for services to transport and aviation in November 2009; holds the 2009 Gold Award from the Royal Aeronautical Society for his contribution to civil aerospace; was recognised as “Leader of the year” at the 2011 Airline Business and Flightglobal Achievement Awards; and in 2013, he received the Center for Aviation (CAPA) Legends award and was inducted into the CAPA Hall of Fame.

Sir Muir is an internationally renowned authority on healthcare systems and has advised governments of several countries outside the UK including Australia, New Zealand, Italy, Spain and Germany.He is also a Visiting Professor in the Nuffield Department of Surgical Sciences at the University of Oxford. He received the CBE in 2000 and was knighted in 2005 for services to the National Health Service.

Professor Sir Muir Gray is a pioneer in his chosen field of Public Health but his influence and expertise extend far beyond the narrow confines of the Public Health specialty. Professor Muir Gray has led the NHS through a huge number of changes. He pioneered walking as a health improvement activity. He was the intellect behind the drive by Simon Stevens, the Chief Executive of the NHS to improve the health of those working in the NHS.

An example of Sir Muir Gray’s work is in setting up the National Screening Committee (NSC). The NSC is the envy of the world because of its influence and power and also because of its commitment to the evidence base in screening decisions (these are decision which affect the lives of millions of people). Sir Muir Gray has brought Health Care Public Health into being. This has revolutionized the way that NHS approaches ‘health’ as opposed to disease.

More recently Professor Gray has turned his attention to keeping healthy and active as we age. He has produced two highly successful and popular books ‘Sod Seventy’ and ‘Sod Sixty.’ These books are typically innovative in the way that Muir has approached how to keep active and healthy into later life. 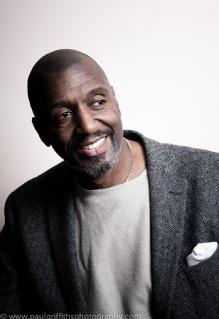 Born in 1957 in Wolverhampton, Willard Wigan began his artistic life at a very young age of five years old. Suffering from dyslexia and learning difficulties, Wigan struggled at school. To escape the constant taunts from those around him, Wigan found solace and peace in creating art of such minute proportions that it could not be seen with the naked eye. He adopted the belief that if his work could not be seen, then it and he could not be criticised. Often described as “nothing”, Wigan set about to show the world that “nothing did not exist”.

“My work is a reflection of myself,” says Wigan. “I wanted to show that the little things can be the biggest things. At school, I couldn’t express myself and felt like ‘nothing.’ I wanted to experiment with the world that we can’t see.”

Today, the internationally renowned micro artist is known for sculpting the world’s smallest works of art, and has been so celebrated in the Guinness Book of World records. Inspired to capture the attention and awe of his subject matter in the smallest and most microscopic of detail, Wigan imagines and creates a microscopic world that entices people to look closer.

The personal sacrifice involved in creating such wondrous, yet scarcely available pieces is inconceivable to most. Wigan enters a meditative state in which his heartbeat is slowed, allowing him to reduce hand tremors and sculpt between pulse beats. Even reverberation caused by outside traffic can affect Wigan’s work. This causes him to retreat to places of solitude, or to work through the night when there is minimal disruption.

In 2007 he was honoured by HRH Prince Charles with an MBE for his services to art.

Along with the ever increasing individual and corporate collectors of his artwork, in 2009, where he was invited to be a keynote speaker during the 2009 World Conference TED (you can see that Talk here: https://www.ted.com/talks/willard_wigan_hold_your_breath_for_micro_sculpture) , where he also received a TED achievement award.

More recently, Wigan's work has featured in global advertising campaigns for ANZ Bank, Australia and in 2012, Willard was commissioned to replicate the Coronation Crown in celebration of HRH Queen Elizabeth II Diamond Jubilee. The delivered artwork is now housed at Buckingham Palace.

Following his late mothers guiding advice, Wigan continues to challenge himself by striving to make each work even smaller saying “The smaller your work, the bigger your name.” Wigan’s continued goal remains quite simple; to inspire others with his micro-sculptures and to encourage others to live to their fullest potential, remembering that nothing does not exist. 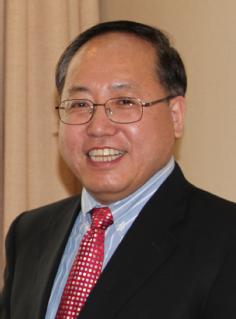 Professor Zhang Xinxin’s PhD in Thermal Metrology, was from the Institut National Polytechnique de Lorraine, Nancy, France. However he was awarded his undergraduate and Masters degrees in Thermal Engineering, at Beijing University of Iron and Steel Technology in China. In 1988 the University was renamed the University of Science and Technology Beijing (USTB) and in 2013 Professor Zhang Xinxin was appointed President of the very university where he had first studied as an undergraduate.

USTB is renowned for its study of metallurgy and materials science and it has grown into a University of 27,000 students with a balanced programme of science, management, humanities, economics and law. It was one of the first universities to be entitled to establish state-approved graduate schools and was chosen to be part of China's 211 Project.

USTB is known as "the cradle of iron and steel engineers", with its graduates highly sought by steel companies and universities across the world.

Despite his leadership role, he remains research active as Vice-Director of USTB’s Research Centre for Energy and Environmental Engineering with his ongoing projects including non-contact measurement of surface temperature; heat transfer equations; molecular dynamics simulation and energy saving.

WMG at the University of Warwick has developed a successful collaborative relationship with USTB. In November 2013, Professor Lord Bhattacharyya and Professor Zhang Xinxin, signed an ambitious Memorandum of Understanding focused on the creation of a long-term collaboration partnership in research and knowledge transfer